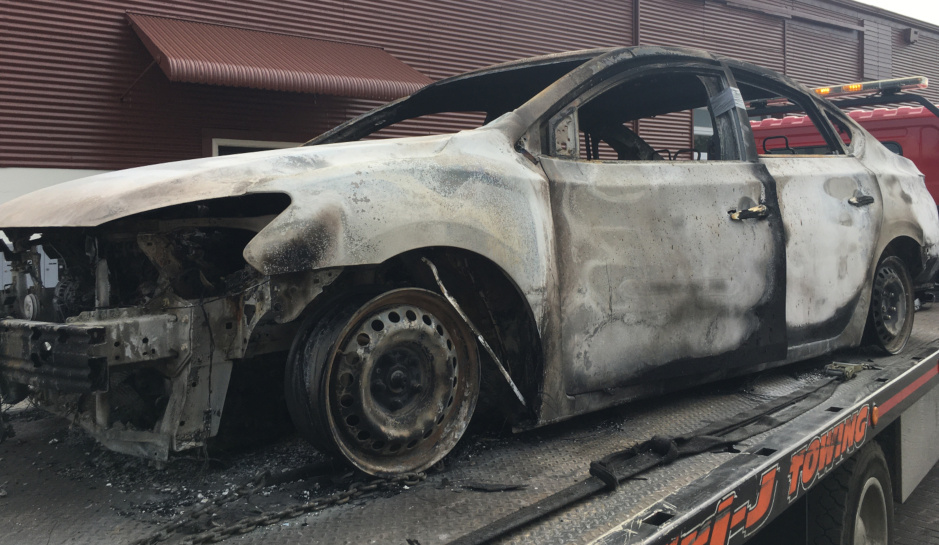 St Petersburg police say they’re dealing with an arson and a homicide after finding a body in the trunk of a burning car behind a Florida golf course Monday morning.

The police department said the body was burnt beyond recognition, and they’re “unable to determine race or sex at this time.”

The weren’t even able to determine to make or model of the charred vehicle, left on the elevated Skyway Trail section of the city’s Pinellas Trail, which meanders through the marshes and mangroves of Clam Bayou behind Twin Brooks Golf Course, WFLA reported.

Police said a bicyclist reported a car fire at about 6 a.m. After the fire was extinguished, firefighters found the body in the trunk.

The scene is about a mile into the trail, which is meant for pedestrians and bicycles, police said. The trail was too narrow for the department’s large forensics truck, so they loaded the gear onto golf carts to get to the location.

St Pete police are asking for the public’s help.

“We know the body in the trunk did not drive itself there,” St. Pete Police spokeswoman Yolanda Fernandez said. “Someone drove that person to that location and set that car on fire. We know that. We’re hoping someone else in the area saw something. Maybe around 6 a.m., there were a few other people on the trail that saw something or saw someone suspicious.”

Tonya Miller, who lives in the adjacent neighborhood, told WFLA she had checked her security cameras.

“We have several cameras, and I didn’t see anything on the camera,” she said.

Fernandez said the incident appears to be “a very deliberate act against this one person.”

“However, we still have a lot of information to uncover here,” she said. “We’re very early in this investigation and it’s going to be a while until we get all the results we can from the medical examiner and our forensics team to determine what happened.”