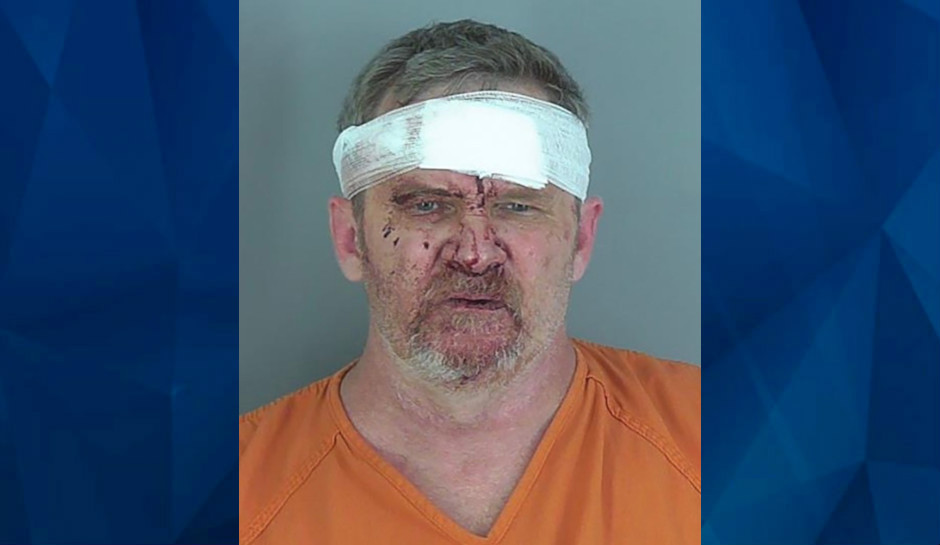 A 15-year-old girl returned from the women’s restroom at a South Carolina Cracker Barrel Sunday morning and told her father a man was looking at her from beneath a bathroom stall, WSPA reports.

The man hadn’t exited when the girl did, so her father asked a female employee to get him out — and met him at the door. When he tried to flee, dad took him to the floor. And when the suspect got away from one angry father, a whole group of angry fathers — many of them in Duncan with their daughters for a softball tournament — tackled him outside, WYFF said.

A witness videoed part of the encounter outside, showing suspect Douglas Lane, 53, sitting on the grass with a bloody face, surrounded by a group of people while they waited for police to arrive.

Lane, a registered sex offender convicted of peeping offenses in North Carolina, was charged with possession of marijuana and drug paraphernalia — and voyeurism.

When he appeared in court on Monday, a court official said that Lane, 53, said he hadn’t realized he was in the women’s restroom until he sat down in the stall. The victim, the official said, told authorities that when she sat on the toilet, Lane’s head was beneath the stall.

The North Carolina State Bureau of Investigations said that Lane was convicted of secretly peeping at 8 and 9 year old victims in Mecklenburg County in 2004 and again in 2008 with an adult victim. The South Carolina sex offender registry says that he was convicted of peeping, voyeurism or aggravated voyeurism in that state in 1997 but failed to register in 1999.

Prosecutors argued against bail for Lane in Monday’s hearing, noting those convictions and telling the judge his criminal history dates to 1984 with at least eight convictions for peeping. A victim’s advocate also argued against bond, but Lane’s attorney cited health issues in arguing for bond, and the judge agreed, setting a $2,000 bond for the voyeurism charge and $1,000 each on the drug charges. He has also been ordered to stay in South Carolina, wear a GPS monitor, and have no contact with the victim or her family.

Lane was still on the jail roster early Monday evening. He is due in court again in November.