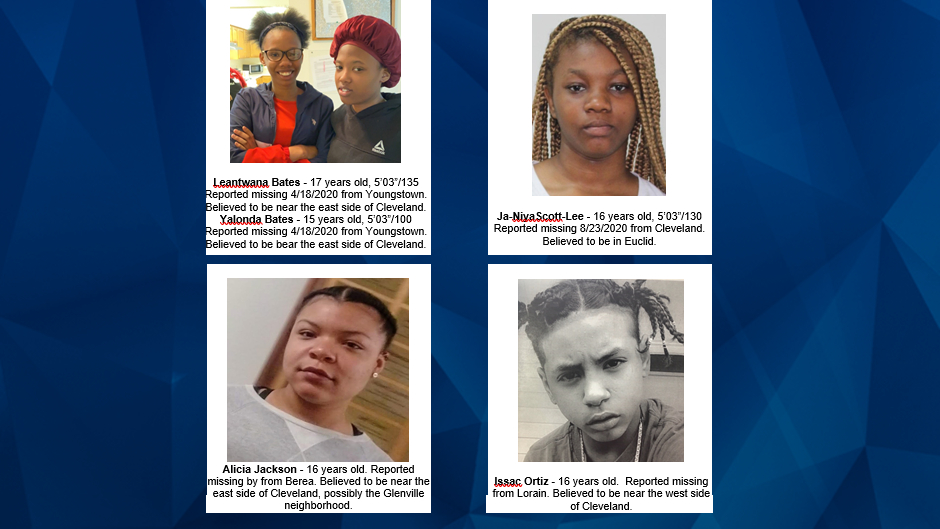 The U.S. Marshals Service announced Monday that 35 missing and endangered children were recovered in Ohio during a month-long rescue operation.

The federal agency said in a statement that only five of the 40 missing persons cases were referred to the Marshals Task Force remain open. The 35 juveniles were located in the Cuyahoga County area as part of “Operation Safety Net,” which involves local and federal authorities.

“Members of the [Marshals] task force and its local partners will continue to work over the next several weeks to bring these five remaining children and other children to safety,” U.S. Marshals said.

The children found during the month-long investigation were between the ages of 13 and 18. The U.S. Marshals Service said that roughly 20 percent of these cases involved human trafficking.

The press release also included information about the five children who remain missing, who are as follows: