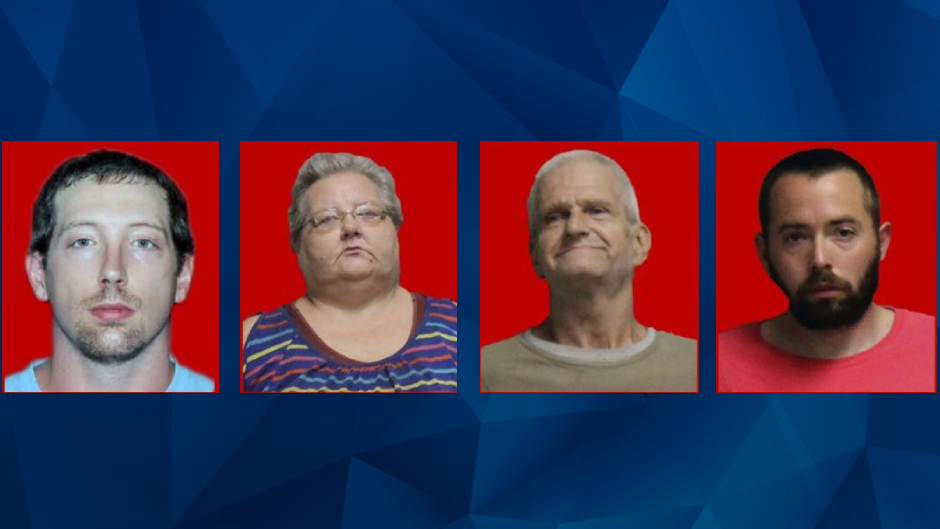 Authorities in Iowa announced Tuesday that they have arrested four people for the death of a man who was found burning in a ditch Wednesday.

The Iowa Department of Public Safety said in a statement that Steven Vogel, 31, was charged with first-degree murder and abuse of a corpse in Michael Willams’ death. Days earlier, Jasper County police and Kellogg firefighters reportedly discovered Willams’ body burning in a ditch near Mariposa County Park.

Medical examiners determined Williams, 44, died from strangulation and listed his death a homicide. An investigation reportedly revealed that Williams was killed on or about September 12. Detectives believe his body was wrapped with cloth, plastic, carpet, rope, and tape before it was transported to a rural area and set ablaze.

“Evidence and statements gathered during this investigation have shown that Mr. Williams and Vogel were known acquaintances who often socialized within the same circle of friends,” the Iowa Department of Public Safety said.

Vogel was housed at Marshal County jail on unrelated charges when he was charged with Williams’ murder. Three other people —  Julia Cox, 55, Roy Lee Garner, 57, and 29-year-old Cody Johnson — were arrested Tuesday on charges of abuse of a corpse, destruction of evidence, and accessory after the fact.

A criminal complaint suggests Cox is Vogel’s mother. The pair reportedly live in a home they share with Garner.

Vogel allegedly stowed Williams’ body in the basement before dumping it. Cox admitted to being aware of a “long object covered with brown blanket” in the home, according to the document. Authorities noted that Cox’s bedroom is located in the basement.

“Cody Johnson told law enforcement that a couple of days later on Sept. 15, 2020, Steven Vogel came back to his house and wanted to obtain drugs in exchange for help to get Michael Williams out of his basement,” the court documents stated.

Garner reportedly claimed Cox and Vogel were with him when he drove to a rural area on September 16. Authorities claimed Garner said Cox and Vogel pulled a roll of carpet — presumably containing Williams’ body — from his truck and rolled it down a ditch. At one point, Cox allegedly commented that the smell was making her sick.

Authorities also said the trio drove to purchase fuel before discarding of the roll of carpet.

Relatives told the Des Moines Register that Williams had a learning disability and recently lost his job due to worsening diabetes. They claimed they last heard from Williams on September 12 — four days before he was found burning in a ditch.

Authorities have not yet revealed a motive. However, the Iowa Department of Public Safety said there’s no indication the slaying was racially motivated.