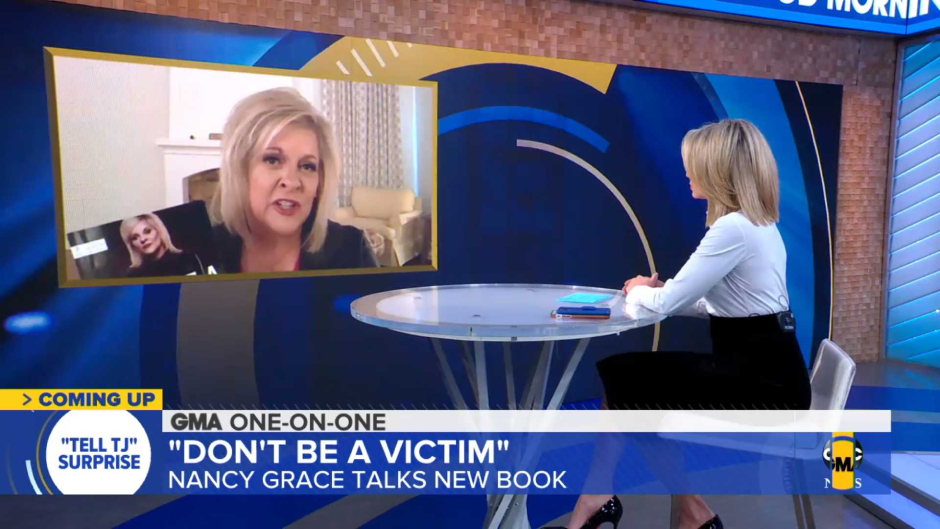 On Wednesday, CrimeOnline’s Nancy Grace appeared on “Good Morning America” to talk about her new book, “Don’t Be a Victim: Fighting Back Against America’s Crime Wave.”

Grace recalled becoming a “crime fighter” following her fiancé’s murder in 1979. The former prosecutor explained how she incorporated all the cases she investigated to create “Don’t Be a Victim.”

Grace said she wrote the book so “people who may be feeling powerless during these times get their power back with tips to protect themselves and the ones they love.”

Grace went on to tell “Good Morning America” anchor Amy Robach that the case that changed her life involved Matthew Cecchi — a 9-year-old California boy who was stabbed to death in a park restroom as his aunt waited outside. The boy’s murderer, Brandon Wilson, killed himself in 2011 while awaiting execution.

“I knew I could not be happy reporting on other people’s misfortune, I wanted to do something about it.”

Grace said she wants those who read “Don’t Be a Victim” to understand that it is critical to be in control and aware of your children’s whereabouts. She mentioned it is also important to know what your children are doing online, as cybercrime remains a credible threat.

“The Internet is not the parent,” Grace commented. “Fortnite and TikTok are not your babysitters.”