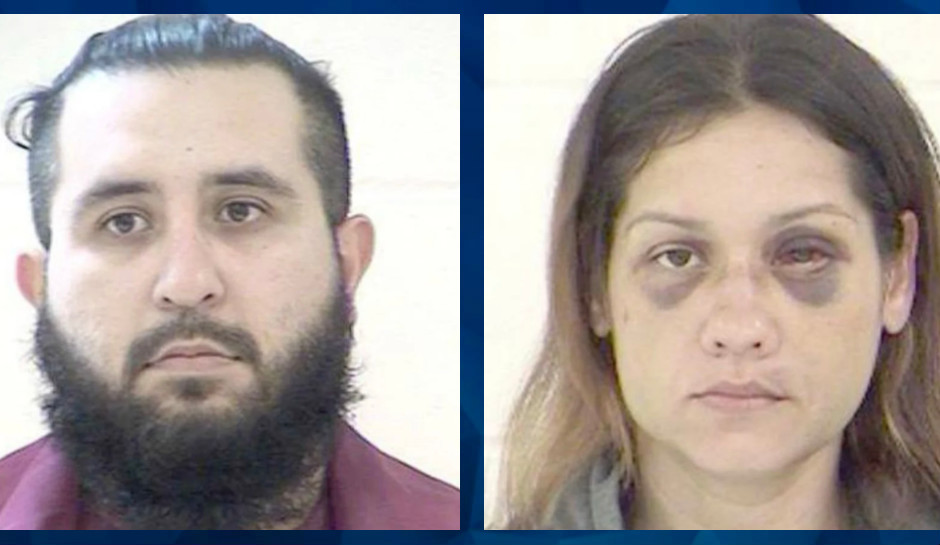 Husband forces wife to behead her lover after he kills him: Cops

The arrest affidavit for Britany Barron, 31, and Armando Barron, 30, tells a macabre tale of jealousy, deception, and murder.

Jonathan Amerault, 25, was reported missing by his mother on Monday after he failed to show up for work at Teleflex Medical OEM, where he met Britany Barron. Detectives who interviewed coworkers learned that Britany, who was apparently having an affair with Amerault, had called to say she wasn’t coming in and was probably going to quit, the New Hampshire Union Leader reported.

When investigators spoke with Armando, he told them he was upset because his marriage was breaking up and that he’d last seen his wife on Saturday when he dropped her off so she could go camping with friends.

Britany Barron was camping, but not with friends. According to her version of events, recorded in the affidavit, Armando had left her 225 miles away at a Coos County site they frequently used for camping, with Amerault’s body, ordering her to bury him by the time he returned.

Armando had learned of her affair when he went through her cell phone on Saturday. Late that night, he used the cell phone to lure Amerault to Annett Wayside Park, where he beat Britany and assaulted Amerault, and then ordered her to shoot her lover.

Then, she told police, her husband ordered Amerault into his own vehicle and got into it with his wife. Armando Barron told her to slice Amerault’s wrists, she said, and she did, according to the affidavit. At that point, Armando Barron fired three shots at Amerault, two into the chest and one into the head, the affidavit says.

Then, the affidavit says, the husband ordered Britany Barron to drive Amerault’s car, with his body inside, to the camping area. He followed in his own vehicle, stopping at a general store for tarps, lighter fluid, household cleaner, and a shovel.

After they arrived at their campsite deep in the woods on Sunday, Armando allegedly ordered Britany to remove Amerault’s head. She did that, she told police, and buried it. Then, she said, Armando ordered her to wrap Amerault’s body in a tarp and dig a grave, the Keene Sentinel reported.

Then, Britany Barron said her husband ordered her to text friends that she was “leaving for a while to clear her head.” Investigators saw such messages, the affidavit says, sent between 11 a.m. on Sunday and 4 p.m. on Monday. She also called her work and told them she wouldn’t be in on Monday and was in fact quitting.

Sometimes after that, the affidavit says, Armando Barron left to return home, saying he would return on Friday. He ordered Britany to dispose of the body and left her with two guns, including the one used to kill Amerault.

After police found Amerault’s body and his car — covered a tarp and a variety of vegetation, they took Britany into custody. She told them her husband was coming back with concrete, dirt, and their 9-year-old daughter. State police found him, driving his stepfather’s vehicle, and arrested him.

Both appeared in court for arraignments on Friday, Britany in Coos County and Armando in Cheshire County. Britany is charged with three counts of tampering with evidence and was ordered held without bail after she entered a not guilty plea. Armando pleaded not guilty to capital murder and was also held without bail.