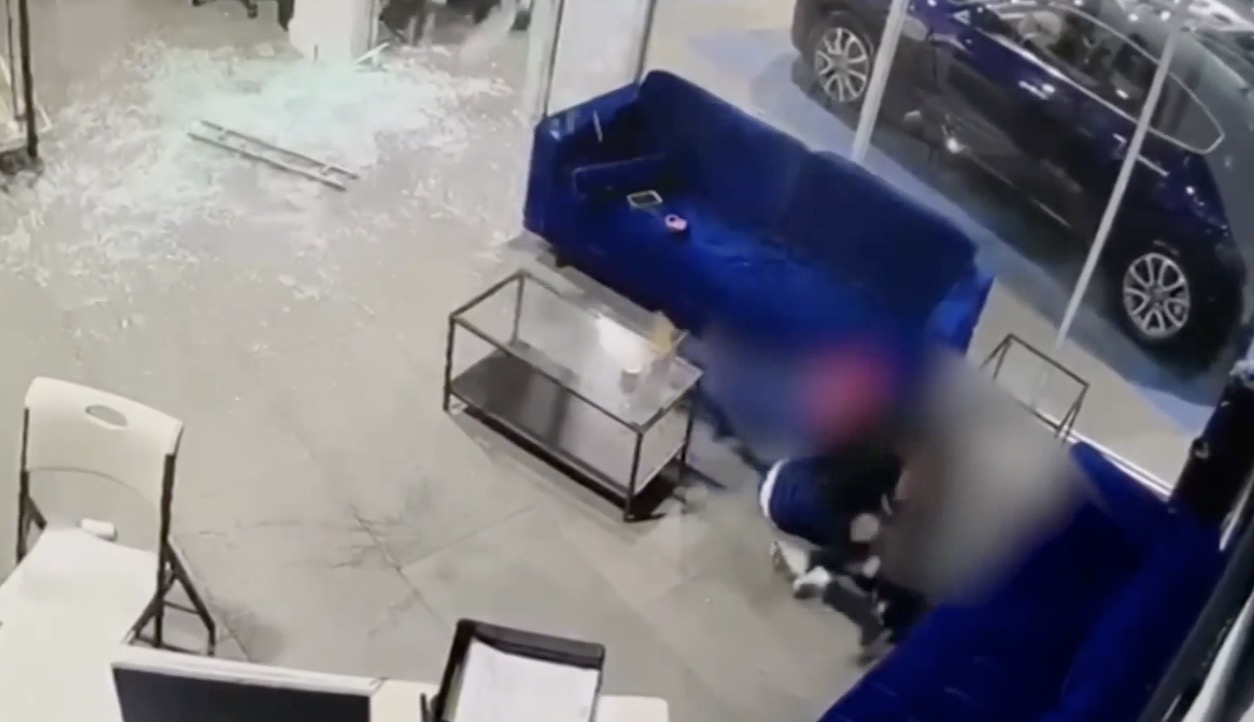 A Bronx dad went to an Eastchester car dealership Monday night, looking to buy his wife a car for her upcoming birthday. Instead, Anthony Jefferson found himself on the floor, shielding his three children as gunshots rang out, shattering glass and striking him in the thigh.

Jefferson was sitting on a sofa in a waiting area with his 6-, 5-, and 2-year-old children when gunfire erupted as three men targeted another man doing business at the dealership.

Surveillance footage shows the shooting, including one bullet ricocheting off Jefferson’s boot inches from the children.

And now the 39-year-old dad, unable to walk because of his injuries, has lost both of his jobs and still has a bullet lodged in his leg. He’ll need another surgery soon to remove it.

And his children are traumatized.

“My 2-year-old gets up in the middle of the night screaming,” Jefferson told NBC New York. “It’s heartbreaking.”

But when the gunfire started, he had only one thought. “Get my kids and get low, to safety,” he said.

“It started burning tremendously. I wanted to scream but I couldn’t because I had my kids there,” Jefferson said.

Anthony’s wife — the three children’s mother — told TMZ that Anthony was fired from his maintenance job and his construction job because he can no longer walk while he recovers. Danica Jefferson said that the kids are reluctant to go outside, and they’re hoping to get the children into therapy to help them recovery from the shock.

A GoFundMe to help the family with expenses has raised nearly $275,000 as of Sunday night.

Police said two of the three gunmen ran from the scene while the third carjacked a customer and drove away.