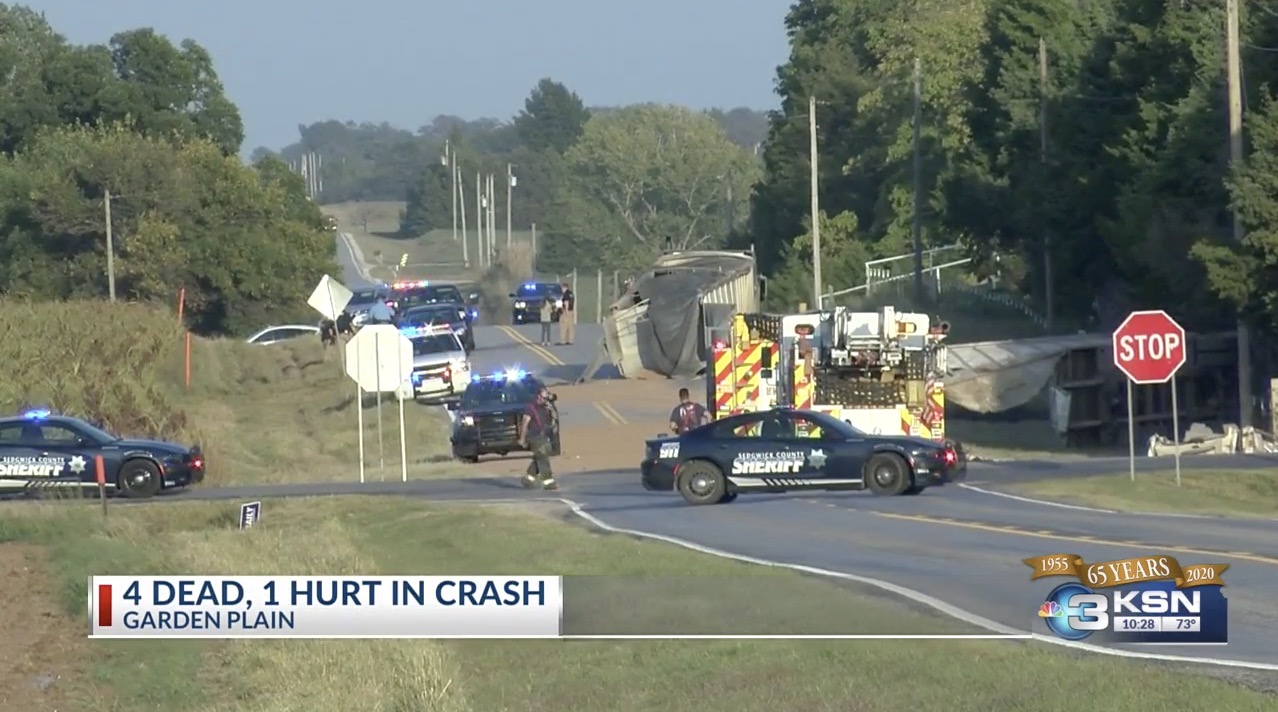 A Kansas mother and four of her children were killed last week when a semitrailer loaded with grain ran a stop sign and hit their SUV, splitting it in two.

Jessica Noel, 32; her 10-year-old daughter Anaiah and her sons, 4-year-old Jeffrey and 4-month old Hank were pronounced dead at the scene on Friday. A 23-month-old boy, Mack, was taken to a hospital, where he died on Saturday.

Noel’s husband, Jeff Williams, learned about the crash when he returned home from work with 10-year-old Brooklyn to an empty house — Noel and the children had reportedly gone grocery shopping and not returned, a niece wrote in a GoFundMe to collect money for the family.

When a friend called about an accident that had taken place near their home in Viola, Jeff went to the site, where he learned only that a white Ford Expedition was involved.

He spent hours at the hospital before learning that Mack, at the time, was still fighting for his life, but Jessica and the other three children were killed on impact.

A family member sent a statement to KSN:

My heart and my family are broken over the loss of my sister-in-law and my four nieces and nephews. There are just no words….Thank you to ever who has reached out by email, text, or otherwise. We are taking it one day at a time. Thoughts and prayers are all that’s needed, but if you are able to give more to cover the medical bills and funeral expenses the Go Fund Me link my daughter created is below. Thank you. I love you all.

The driver of the truck, Andrew Specht, was not injured in the crash. The Sedgwick County Sheriff’s Office said the crash was still under investigation.

Sedgwick County Commissioner David Dennis said the commission is now looking at changes that can be made to make the intersection safer.

“The tractor-trailer didn’t stop, it didn’t even slow down,” Dennis told KSN. “The latest word we got was that he had his cruise control set at 55 miles an hour and went through the stop sign. So, it’s really inattentive driving that caused five fatalities.”