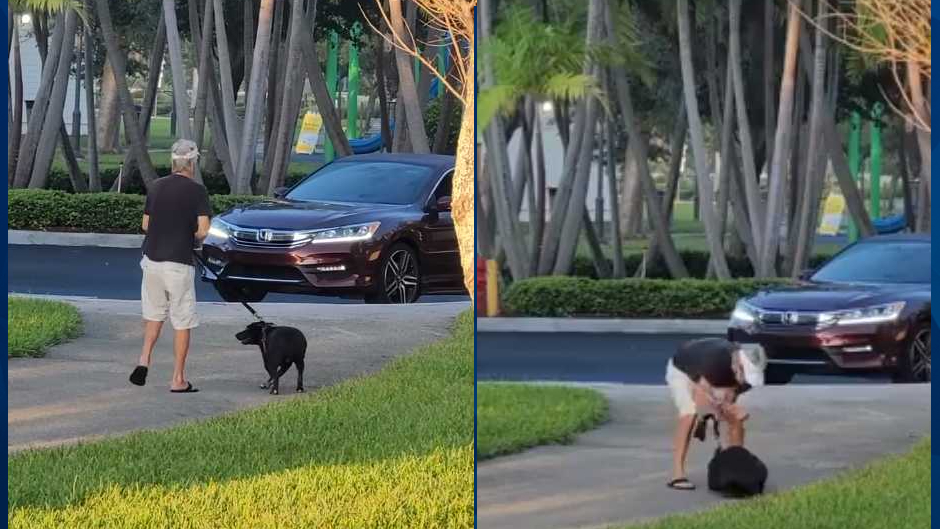 Police in Florida are investigating after a video was posted to social media that appears to show a man beating and punching a dog.

The man reportedly surrendered his dog to authorities on Monday, a day after Stacey Rybak posted a video to Facebook showing the alleged animal abuse. Rybak told WPTV that she was walking her dog when the unleashed canine ran to her gate.

“The dog was jumping up, wanting to come in,” she recalled.

***WARNING: The following video depicts animal abuse, which may be disturbing to some viewers. Please use discretion.***

Just saw what I thought to be a lost dog at the park next door. Was about to go get a leash so I could try to locate her…

Rybak alleged that moments later, a man exited a vehicle, grabbed the dog by her harness, and started beating her.

“I still have a hard time talking about it,” she told the news station.

Rybak said police located the suspect after one of her neighbors saw the video online and recognized the man.

No charges have been filed as of Tuesday. Boyton Beach police said the dog will remain in Palm Beach County Animal Care and Control’s custody pending the outcome of their investigation.