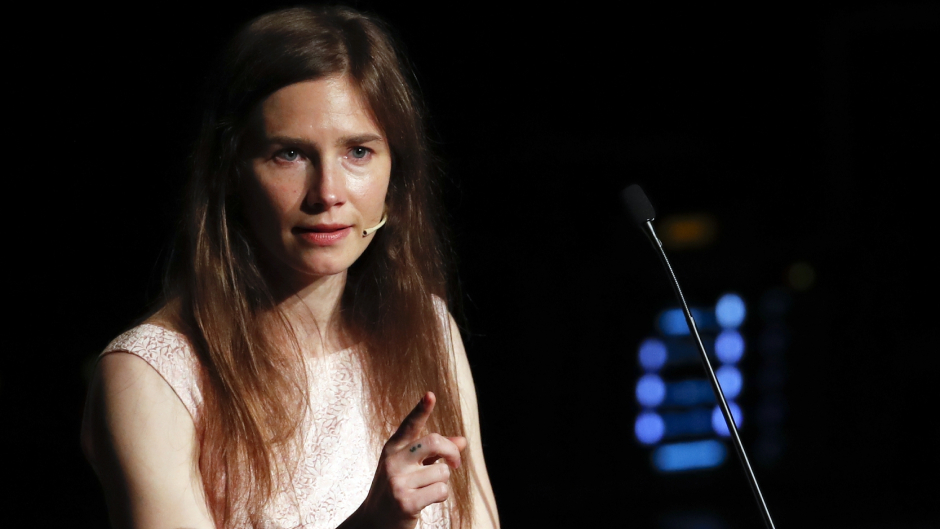 Loyalists to jailed NXIVM cult leader Keith Raniere have reportedly enlisted the help of Amanda Knox, the American exchange student who grabbed headlines when her 2009 murder conviction in Italy was overturned.

In court documents filed Saturday, prosecutors wrote that about 10 members of NXIVM had dropped off the petitions at the U.S. Attorney’s office in Brooklyn.

Raniere presented himself as a self-help guru with an upscale clientele. Meanwhile, he secretly operated a group called D.O.S. — in which female NXIVM members were ordered to have sex with him.

Knox told the Times Union in an email that ex-NXIVM members contacted her and claimed the media is misrepresenting the high-profile case. The 33-year-old admitted to not knowing the ins-and-outs of the case, but said the issues being raised are worth looking into.

“These supporters of Mr. Raniere asked me to sign a petition asking the prosecutors in the case to affirm some principles of prosecutorial conduct that any prosecutor should be able to affirm, such as not engaging in perjury, not tampering with evidence, and not threatening witnesses,” Knox explained.

“I signed the petition because violation of these practices would constitute prosecutorial misconduct, regardless of Mr. Raniere’s guilt or innocence.”

Prosecutors are seeking a life sentence for Raniere, who is scheduled to learn his fate on October 27.