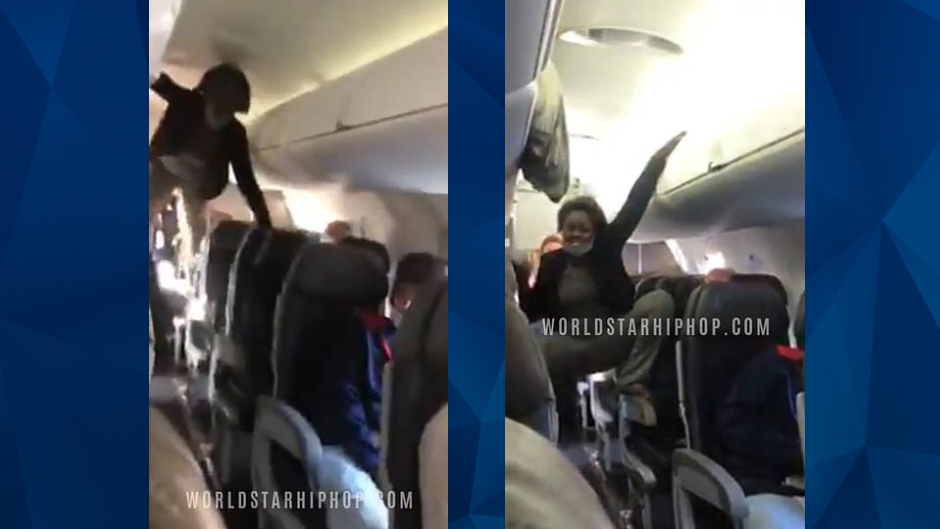 SEE IT: Passenger channels ‘The Exorcist’ during bizarre plane meltdown

A video posted online Sunday appears to show a woman having a concerning, profanity-filled meltdown during a Michigan-bound flight.

WorldStarHipHop published the video, which shows an unidentified woman standing on two armrests while uttering gibberish. Moments later, she is filmed hanging onto overhead luggage compartments — one of which opens amid the bizarre ordeal.

Nobody intervenes for nearly a minute until at least three men approach the passenger and drag her to the other end of the plane.

***WARNING: The following video contains language that may be offensive to some viewers. Please use discretion.***

Near the end of the video, someone is overheard speculating that the erratic passenger must have taken drugs in the airplane bathroom.

While it is unclear when the incident transpired, it likely occurred sometime this year as the passengers are seen wearing masks. WorldStarHipHop did not disclose the woman’s identity or the airline she was flying on.