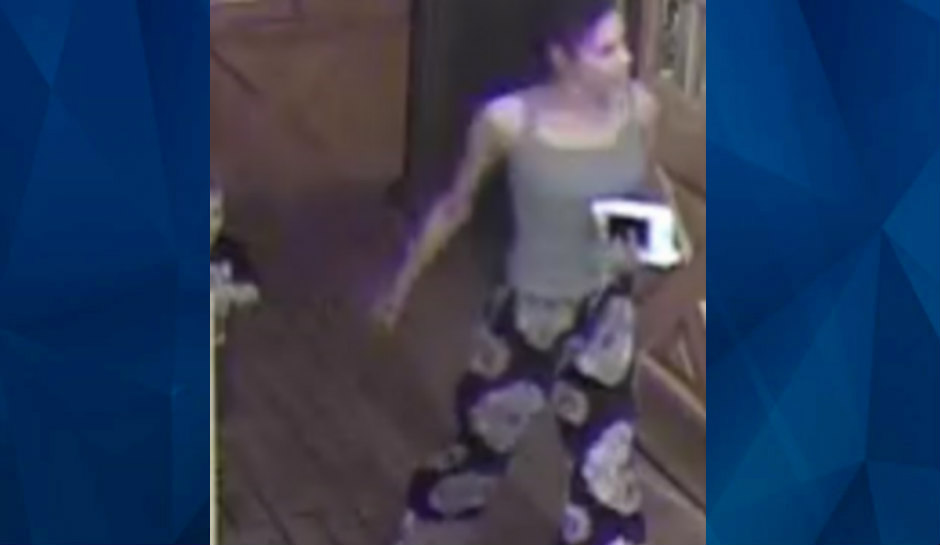 Investigators are sifting through a Broward County landfill for clues to the disappearance of Leila Cavett, a Georgia mother whose toddler son was found wandering a Florida apartment complex, barefoot and alone, in July, the Sun Sentinel reports.

FBI Miami Special Agent Michael D. Leverock said that investigators began searching Pompano Beach’s Monarch Hill Landfill on Thursday, but he would not provide any further information about the search.

As CrimeOnline previously reported, Cavett was last seen on July 25 on security footage at a RaceTrac gas station in Hollywood. Family members said Cavett may have left Georgia with her toddler son “abruptly” at night and drove to Florida for unknown reasons.

During the morning hours of July 26, passerby Ebony Williams discovered Cavett’s son, 2-year-old Kamdyn, wandering alone in a t-shirt and a dirty diaper outside of an apartment complex off of SW 68th Avenue in Miramar.

After searching the area for the toddler’s caretakers without luck, Williams contacted the police.

“I heard the baby crying, so I walked over, and I realized he was by himself,” Williams said. “I asked him, ‘Where’s your mommy?’ And he kind of just like pointed everywhere.”

Kamdyn is now in foster care while family members go through the legal process in an attempt to gain custody. Meanwhile, his mother remains missing.

On August 15, authorities arrested a person of interest in the case. Self-proclaimed “witch doctor” Shannon Ryan was detained in Florida and arrested for lying to the FBI and kidnapping, in connection to Kamdyn.

A criminal complaint indicated a car that looked identical to Ryan’s gold Lexus with a missing bumper was spotted on security footage by the apartment complex just moments before the toddler was found.

“A vehicle consistent with Ryan’s Gold Lexus is seen directly in front of the apartment complex where the child was recovered only minutes before the child was found. Ryan’s Lexus is very distinguishable because it is missing the front bumper,” the complaint states.

Inside Ryan’s Lexus, investigators found several black trash bags, an all-purpose cleaner with bleach, and a white powdery substance under the driver’s seat.

Further, investigators interviewed several workers at a RaceTrac gas station. Employees said they noticed children’s toys and women’s clothing in the dumpster. One article of clothing looked identical to the floral pants Cavett was seen wearing on security footage.

One of the workers told investigators they saw Ryan near the gas station dumpster. Law enforcement obtained security footage showing Ryan parking his car near the dumpster on July 25.

In an hour-long video posted on Facebook earlier this month, Ryan claimed he was the last person to see Cavett before she disappeared from RaceTrac with a group of men.

Ryan claimed on the same video that he had known Cavett for years. He said Cavett and her toddler son, Kamdyn, previously lived with him in Alabama for months.

Ryan also said he was in Hollywood visiting a friend in the hospital when he asked Cavett to come to Florida. He offered to buy her truck from her, a truck Cavett had reportedly just bought for herself.

“I said, ‘Let me buy that truck from you,’” Ryan said. “‘I’m not selling my truck.’ I’m like, ‘Leila, come on, sell me the truck.’ From my understanding, I thought she was the reason she was coming to Florida.”

Ryan alleged that Cavett showed up with the truck and her son in Florida after their conversation. He claimed he spent the day with Cavett and Kamydyn, going to the beach and treating them to lunch and dinner.

Ryan added that he paid Leila $3,000 for her truck, and at some point, they ended up at the RaceTrac in Hollywood, where Leila and her son left with unknown men.

Investigators analyzed security footage and found no evidence of Cavett leaving with a group of men in a dark sedan.

CrimeOnline reached out to Ryan prior to his arrest, but he refused to talk unless he was first given a payment of $500,000.

“That’s my price. This is how I do business. I get paid to answer people’s questions, so you are no different. Other than that, I have nothing to say and you can quote me on this,” Ryan told CrimeOnline.

Cavett stands 5-feet-4-inches tall and weighs around 120 pounds. She has a tattoo on her inner right arm that reads, “Kamdyn,” in cursive and a small tattoo of a “Jesus fish” on her right wrist.

Anyone with information on Cavett is urged to contact the FBI’s Miami office at 800-CALL-FBI or to submit a tip to FBI.GOV/TIPS.

Read all of our coverage on Leila Cavett here