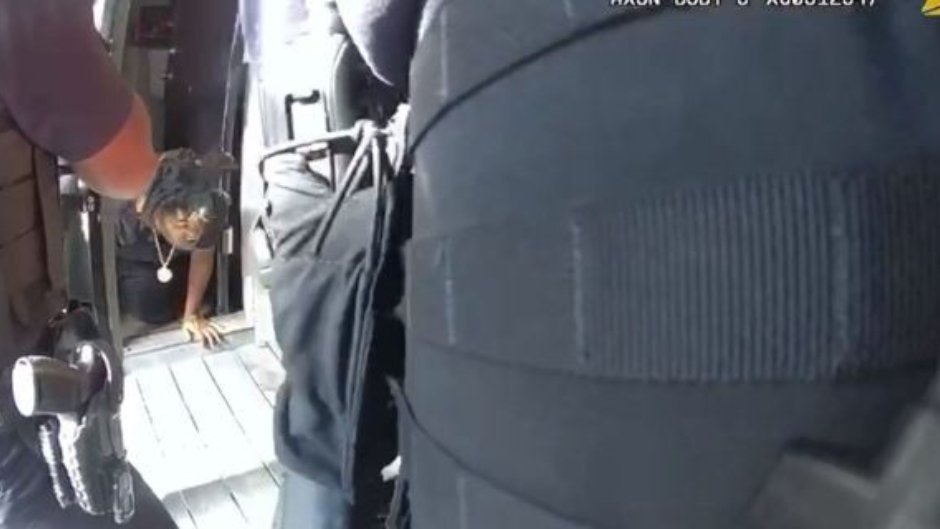 Bodycam video reportedly shows the moment Florida police officers rescued a woman from her ex-boyfriend, who had allegedly abducted her at gunpoint.

Tampa police, who posted the video to their Facebook page Wednesday, said Tyre Snead, 24, entered his ex-girlfriend’s home as she slept and woke her up at gunpoint. He allegedly then went through her purse and forced her into a car that he had stolen from her a day prior.

Snead reportedly took the victim to his apartment, where he kept her against her will for more than four hours.

KIDNAPPED AND RESCUED! Body worn cameras captured the moments leading up to our officers rescuing a woman from the suspect's apartment! I want to thank our officers for their continued hard work and handling unforeseen situations daily! #CopsInTheCommunity

Officers who tracked Snead down first evacuated his neighbors, according to the report. Bodycam footage shows officers knocked on Snead’s door, but he immediately closed it upon realizing it was the police. Officers are then seen busting down his door.

In the footage, an officer is heard telling Snead and the victim to get on the floor. Police instruct the victim to crawl out of the home and past them. She can be heard crying as she approaches the officers.

Video then shows Snead crawling towards the police and being taken into custody.

“This was a scary moment for the victim who is doing okay,” Tampa police Chief Brian Dugan said.