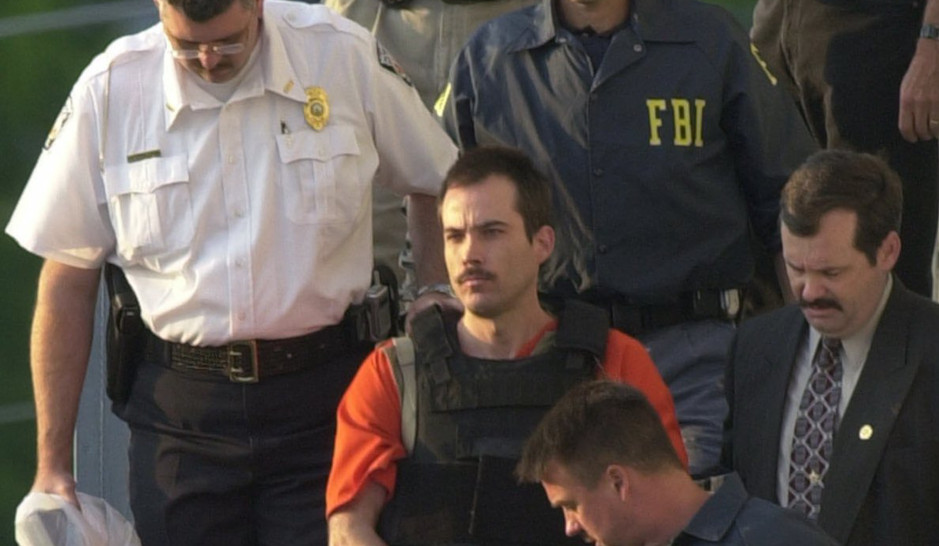 The man who pleaded guilty to bombings at women’s clinics in Alabama and Georgia, a lesbian bar in Atlanta, and the 1996 Olympic Games is pushing to have his sentences vacated, WBMA reports.

Eric Robert Rudolph, now 54, filed a hand-written motion in federal court in Alabama claiming that his conviction for the 1998 bombing of Birmingham’s New Woman, All Women clinic — which killed Birmingham police officer Robert Sanderson and critically injured nurse Emily Lyons — no longer qualifies as an act of violence under federal law because of a subsequent Supreme Court ruling in an unrelated case.

In addition to the Birmingham bombing, Rudolph pleaded guilty to a twin bombing at the Northside Family Planning Services clinic in Sandy Springs, Georgia, in 1997 that injured six; another twin bombing at Atlanta lesbian nightclub The Otherside in 1997 that injured five, and a bombing during an Olympics-related musical concert in Atlanta’s Centennial Olympic Park in 1996, which killed one person and wounded dozens.

Rudolph escaped after each of the bombings, but he was spotted fleeing the Birmingham clinic and a witness provided a description. He still eluded capture in 2003, hiding in the western North Carolina mountains and using his survivalist skills to subsist on nuts, berries, and scavenged food. He was arrested after a rookie cop spotted him behind a Murphy, North Carolina, grocery store, AL.com reported.

Rudolph filed his 11-page motion in June, asking to be released with time served. Prosecutors responded that he waived his right to appeal when he pleaded guilty and subsequent court decisions don’t void the plea.

A public defender answered with a 31-page filing arguing for a new sentencing hearing or the chance to change his plea.

“By its own terms, the plea agreement in this case only bars Mr. Rudolph from collaterally attacking his sentences, not his underlying convictions,” the public defender wrote, according to WBMA.

In a written statement released in 2005 and published by the Army of God, listed as a domestic terrorist organization by the US Department of Justice, Rudolph made clear that his opposition to abortion and the “homosexual agenda” was the motivation behind the clinic and night club bombings. As for the Olympic bombing, he wrote:

In the summer of 1996, the world converged upon Atlanta for the Olympic Games. Under the protection and auspices of the regime in Washington millions of people came to celebrate the ideals of global socialism. Multinational corporations spent billions of dollars, and Washington organized an army of security to protect these best of all games. Even though the conception and the purpose of the so-called Olympic movement is to promote the values of global socialism as perfectly expressed in the song “Imagine” by John Lennon, which was the theme of the 1996 Games—even though the purpose of the Olympics is to promote these ideals, the purpose of the attack on July 27 was to confound, anger and embarrass the Washington government in the eyes of the world for its abominable sanctioning of abortion on demand. The plan was to force the cancellation of the games, or at least create a state of insecurity in order to empty the streets around the venues and thereby eat into the vast amounts of money that had been invested in them.

Rudolph wrote that he intended to file similar claims against the Georgia convictions and sentencing, but it’s not clear if he has done so.