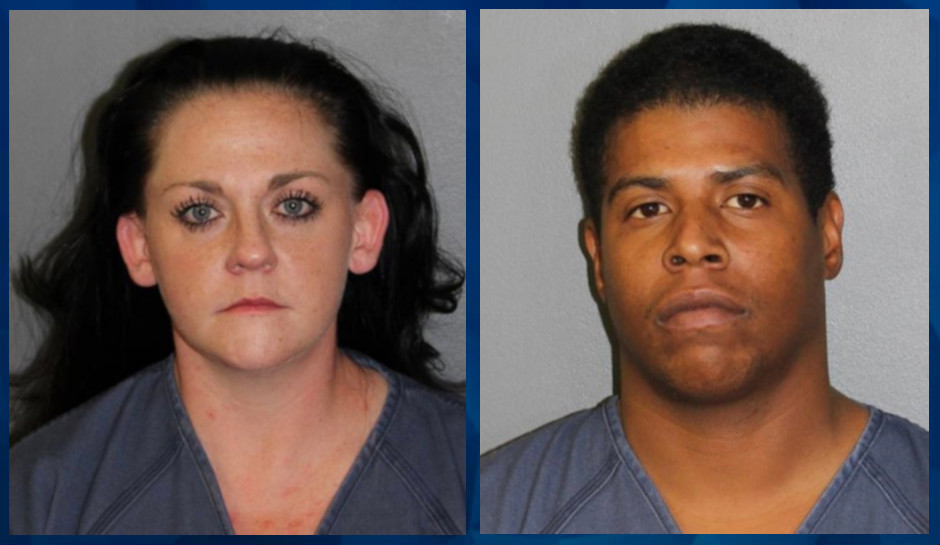 Foster mom, boyfriend arrested in death of toddler who’d been in their care for just TWO MONTHS

A Colorado foster mother and her boyfriend were arrested last week following an investigation into the death of a 15-month-old boy in their care, the Pueblo County Sheriff’s Office says.

Dacey Spinuzzi, 31, has been charged with child abuse resulting in death, and Ramondo Jones, 36, was charged with murder of a child under 12 years old by a person in a position of trust. He was already in jail on an unrelated charge.

The victim, Aiden Seeley, was placed with Spinuzzi on July 23. He was taken from the Pueblo West home on September 16 after a report of an unresponsive child and flown to Colorado Springs, where he died two days later.

An autopsy after the boy’s death revealed “that he died from injuries sustained from child abuse,” the sheriff’s office said, and that the injuries took place while he was in Spinuzzi’s care.

The sheriff’s office released no further information, saying that the arrest affidavits had been sealed.

“This is an unthinkable tragedy that no child should have to ever endure,” said Pueblo County Sheriff Kirk M. Taylor. “The arrests that were made in this heinous, senseless crime are a result of the relentless work by our detectives. I thank them for their meticulous and diligent work in ensuring that those responsible are brought to justice.”

Spinuzzi and Jones are both being held in the Pueblo County Jail, according to jail records.