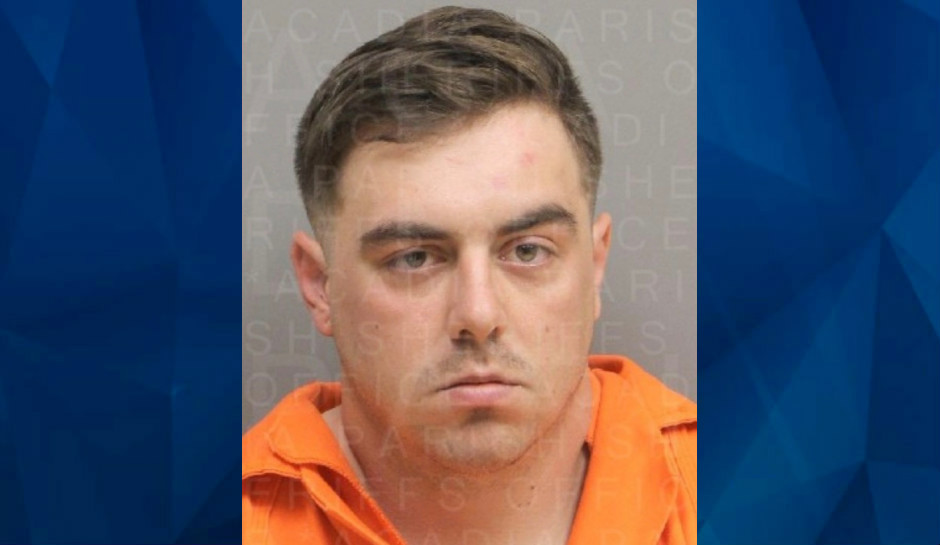 A Louisiana man broke into his ex-girlfriend’s house Monday morning and attacked a man there with a machete, KATC reports.

Crowley Police were called about a home invasion at about 4:20 a.m. Monday and arrived to find people at the house pinning Tyler Foreman, 28, to the ground.

Witnesses said Foreman forced his way into the home using the machete’s handle and then attacked a male visitor at the home, slicing a large section of flesh from his wrest and battering him about the head with the handle.

The victim, who was not named, was taken to a nearby hospital; Crowley police had no information about his condition.

Police said the victim’s blood was found covering a wide area of the inside of the home.

Foreman was arrested on charges of violation of a protective order, home invasion and attempted first degree murder. He’s being held on a $700,000 bond at the Acadia Parish Jail.