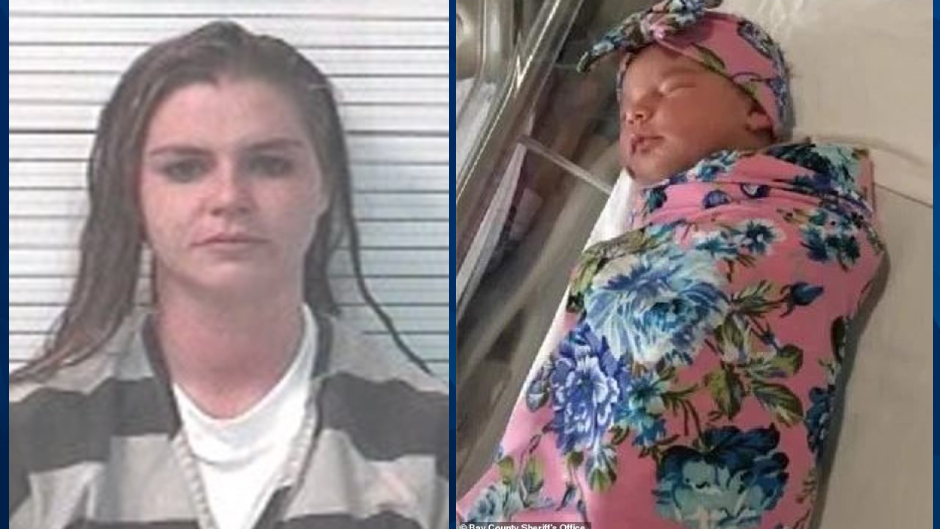 A Florida woman was arrested on negligent homicide charges on Tuesday, weeks after her newborn daughter reportedly died in a hot car.

The Bay County Sheriff’s Office announced in a Facebook post that Megan Dauphin, 30, was also charged with aggravated manslaughter of a child. Dauphin’s baby was reportedly found dead in her car in Panama City on September 2.

Police said McKinley Garner, who was less than two months old, was left in the vehicle for several hours. A blood analysis test reportedly confirmed Dauphin was under the influence of methamphetamine the morning she left her daughter in her car.

Police alleged that drug paraphernalia consistent with methamphetamine was found at the residence. Baby bottles and food were reportedly also discovered in the home.

According to the news outlet, Dauphin’s boyfriend told authorities that he left for work at 6:30 a.m. while Dauphin was feeding the baby. He reportedly met up with Dauphin at 9 a.m. to give her cigarettes. He claimed the last time they spoke was at 11 a.m.

Dauphin, who denied using drugs, reportedly told police that she took her older child to school in the morning.

The Mail noted that when Garner was two weeks old, police found her mother overdosing in her car.