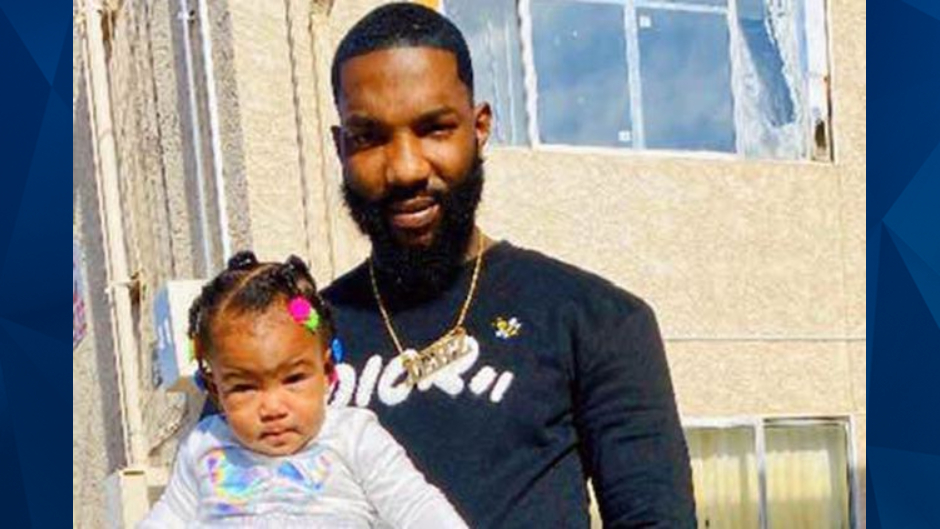 A Nevada man was arrested Monday for allegedly failing to get his 21-month-old daughter out of a locked car, resulting in her death.

The Las Vegas Sun reported that Sidney Deal flagged down officers at around 3:30 p.m. and told them he locked his keys inside his running car and his child was inside. Deal reportedly rejected police’s offer to break the window or call a locksmith or tow truck, and instead called his brother.

Police said officers waited “several” minutes before breaking the car window and rescuing Sayah Deal, who was pronounced dead at the scene.

The brother said that before police got involved, Sidney Deal told him that he accidentally locked his daughter in his car but the air conditioner was on. Sidney Deal allegedly asked his brother to call their mother and get her insurance information. The brother was confused by the call so he went to the residence, according to KVUU.

The brother reportedly immediately arrived at Sidney Deal’s home and wrapped his shirt around his hand to break the window.

“Sidney stopped him and said he wanted to wait for a tow truck. Sidney insisted he not damage his new vehicle, stating he had just bought the car and did not have the money to repair a broken window,” the arrest report stated, according to the Las Vegas Review-Journal.

Sidney Deal’s girlfriend reportedly told police that they had gotten into an argument, and she asked him and his daughter to leave. Sidney Deal allegedly claimed he put his daughter in his car, which he said was running with the air conditioner on, and he continued to argue with his girlfriend for 15 minutes while trying to convince her to give him his phone.

After the girlfriend complied, she reportedly asked Sidney Deal if she should call the insurance company because he locked his keys inside his car. The girlfriend called the insurance company at 3:06 and spent 23 minutes on the phone. Sidney Deal had her hang up and call his brother after he disagreed with the price they quoted, as he did not have roadside assistance, KNTV.

Sidney Deal flagged down officers four minutes later, but authorities allege the toddler had been in the car for at least 42 minutes. While it is unclear how long police waited before breaking the car window, but they believe Sayah Deal had been in the car for more than an hour. Police said rigor mortis had already set in by the time officers rescued her from the car.

However, a resident told the Review-Journal that she witnessed the father and police try to get into the locked car for two hours. The resident alleged that police asked her for a coat hanger, presumably to pop the lock.

Sidney Deal claimed his daughter, who was not buckled in, was walking around the seats. He claimed he thought his daughter had fallen asleep when she laid down on the floor, the Sun reported.

“The dad said that the A/C was on and the kid was playing, and when the officers arrived, they saw that she was breathing,” police spokesperson Larry Hadfield told the Review-Journal. “But when the officers got concerned for the child’s well-being, they broke the window.”

Sidney Deal was charged with child abuse or neglect with substantial bodily harm. His bail was set at $20,000.

According to No Heat Stroke, Sayah Deal is the 24th child to die in a hot car this year. In 2019, 52 children died of vehicular heatstroke.