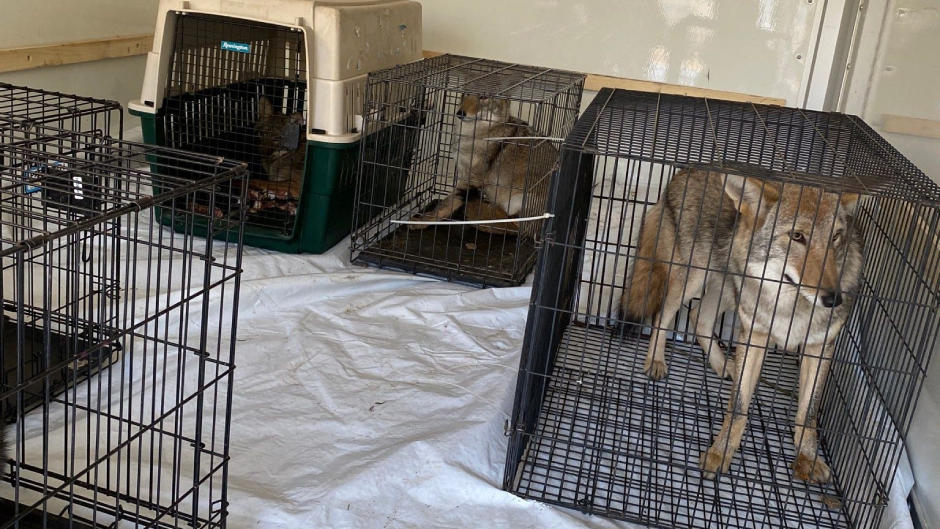 On Friday, the Michigan Department of Natural Resources seized multiple animals from an unlicensed facility where a wolf-dog reportedly attacked a 2-year-old months earlier.

The agency confirmed in a statement that authorities took multiple animals — including three coyotes, two fawns, 47 wolf-dogs, and six red foxes — while executing a search warrant at Howling Timbers Animal Sanctuary in Muskegon. The facility’s owner, Brenda Pearson, told The Detroit News that she had a shelter license under the Michigan Department of Agriculture and Rural Development and was awaiting a response from DNR about a filed wildlife rehabilitation permit.

“We only found out today we’re not licensed for wildlife (rehabilitation),” Pearson told the outlet Friday, noting that Howling Timbers has housed wolf-dogs for 27 years.

In July, a wolf-dog reportedly ripped off Pearson’s 2-year-old’s granddaughter’s arm after she put her arm in a cage. DNR said a Howling Timbers volunteer tried to free the toddler’s arm during the attack.

My granddaughter, Sophia, was involved in an incident at Howling Timbers in July. Although, she had never shown…

An anonymous informant contacted authorities regarding the alleged incident in August, leading officials to obtain a search warrant last week.

DNR noted that wolf-dogs are a non-native species, and it is illegal to breed them in Michigan without the proper permits. Pearson said on Facebook that she has never bred wolf-dogs, but it is not uncommon for wolf-dogs to be pregnant when they are brought to her.

Pearson allegedly confirmed to authorities in September that she has no permits. However, she is now claiming DNR inspected her facility in July, shortly before the attack, and did not mention any issues regarding permits.

“She’s been applying for licenses with different departments but doesn’t follow through with the inspection process – she’s failed to complete all of her applications. An application is not a permit,” Conservation Officer Anna Cullen said.

The agency noted that they also executed a search warrant at Pearson’s facility in 2008, resulting in officials revoking her wildlife rehabilitation permit in 2010.

Pearson reportedly has a history of criminal charges — including failing to alert authorities about an escaped bear and keeping animals in unsanitary conditions. It is unclear if she will face criminal charges in light of the incident.