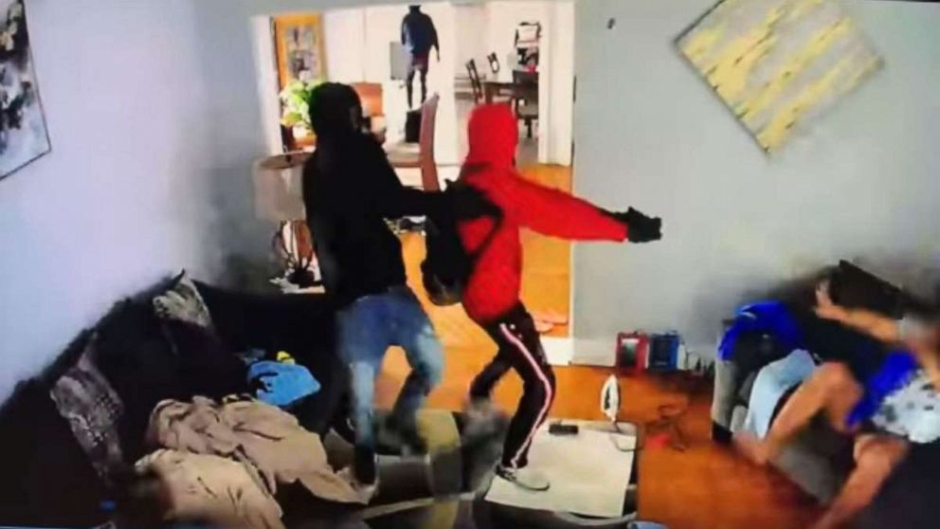 Police in Indiana are asking the public for information regarding a September 30 home invasion involving four unidentified suspects.

The South Bend Police Department said in a Facebook post that officers learned of the home invasion while responding to reports of shots fired. WSBT reported that during the ordeal, a 5-year-old boy in the home tried to fight off the intruders.

According to police, surveillance footage appears to show four males — at least three of whom are wielding guns — force their way into the home after a child answers the door. WSBT reported that shots were fired as the suspects walked through the kitchen.

Can you identify these home invasion suspects?

PLEASE SHARE: We need your help identifying these individuals responsible for a home invasion. On September 30 around 10:30AM, officers were called to the 500 block of S. Grant in reference to shots fired. When they arrived, they learned there was a home invasion. Four males, all with hoodies on, knocked on the front door. A juvenile occupant opened the door and the four males forced themselves inside. At least three of the four were armed with handguns. The suspects fled the scene and more shots were fired. Luckily, no one was physically injured. This video is extremely disturbing. You can see a little boy hitting one of the armed suspects as he tries to defend his home. It is our job now to defend him. If you have any information on who these men are, please call Michiana Crime Stoppers at 574-288-STOP or 800-342-STOP. You can also call our South Bend Police Department Investigative Bureau at 574-235-9263.

Homeowner Tamika Reid told the news outlet that the suspects rushed into the living room, where she was ironing clothes on the floor as two small children stood by the sofa. The suspects are seen aiming their guns at Reid while leading her to another room.

The 5-year-old was filmed throwing his toys at the armed intruders. He is also seen hitting and tackling the men as they drag him and his mother out of the living room.

The boy told WSBT that he was trying to protect his mother.

“I’m just, my whole thing was my hero right here. He was trying to hit the guys. My thing was I need to get him out of the house before they do something to my son,” Reid said.

The suspects fled the scene before officers’ arrival. Police said there were no reported injuries. KMOV reported that nothing was taken from the home.