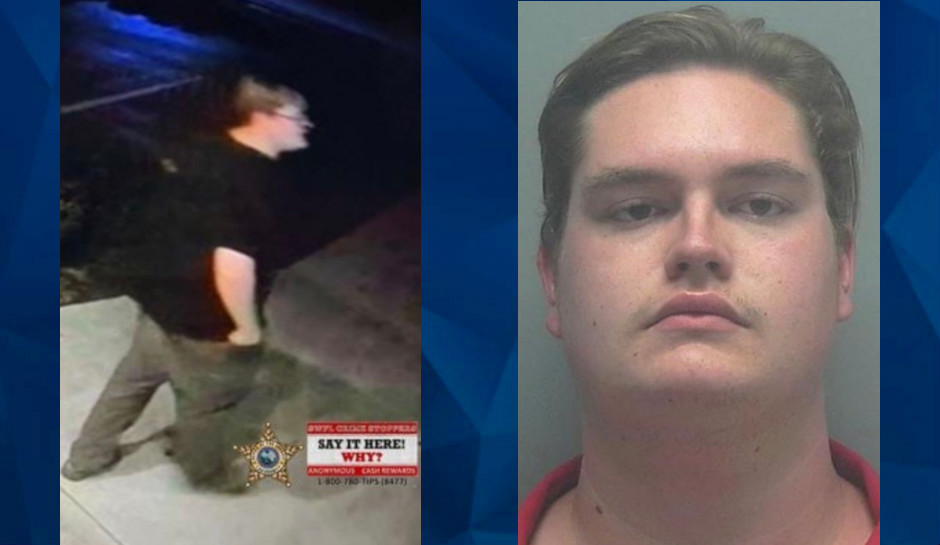 Florida deputies arrested a 20-year-old man Wednesday and charged him with multiple counts related to a fire Saturday at a Fort Myers Planned Parenthood.

Everett Little has been charged with arson, criminal mischief, and using an incendiary device for allegedly throwing Molotov cocktails at the building, according to the Lee County Sheriff’s Office.

The incident was captured by a security camera. Southwest Florida Crime Stoppers said damage to the building was not extensive, WINK reported.

“I’m sorry that someone would do something so violent,” said Stephanie Fraim, the president and CEO of Planned Parenthood of Southwest and Central Florida. “I’m sorry that their life is so disturbed that they would think this is an appropriate action.”

ARRESTED!Thanks to tips submitted via SWFL Crime Stoppers, our deputies have identified Everett Little (11/21/1999) as…

The video shows Little outside the building shortly before 7 p.m. on Saturday. A few minutes later, he’s seen pouring gasoline into two bottles, which he lights on fire and hurls at the building. He left at 7:09 p.m.

Crime Stoppers released photos from the video showing Little and his Kia Rio and asked for help finding him.

“That act was caught on camera, and through Crime Stoppers, he’s behind bars,” said Sheriff Carmine Marceno. “Those tips led to an arrest, and we were fortunate that those tips came in.”

The Fort Myers News-Press said Little is being held on a $35,000 bond and is expected in court on November 16.