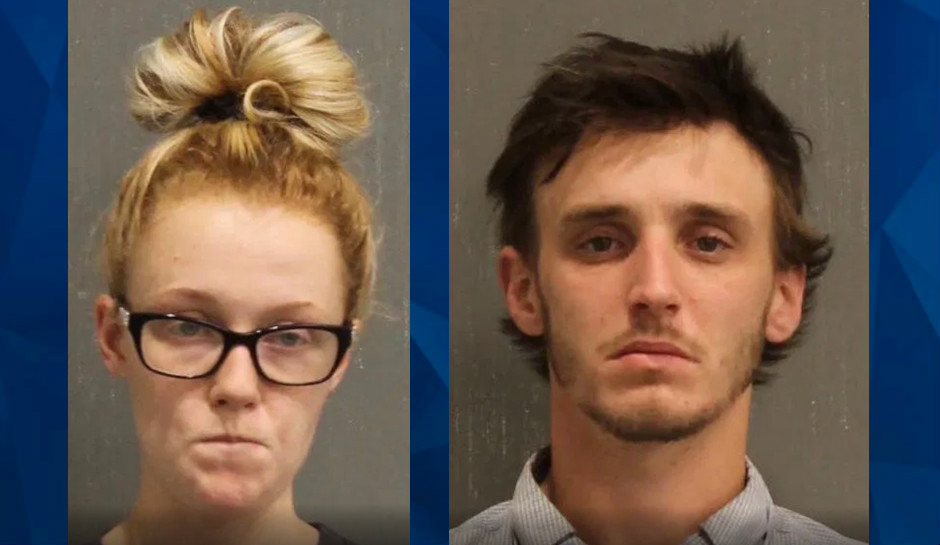 Parents overdose at Tennessee intersection with toddler in back seat

A Tennessee couple has been charged with aggravated child abuse when they were found overdosing in their car with their 2-year-old daughter in the back seat, WKRN reports.

Leslie Lucas, 23, and Lindsey Vincion, 25, were stopped Thursday at an intersection near Antioch High School in Nashville’s Antioch neighborhood, according to the arrest warrant.

A passerby saw the unconscious couple, with their vehicle still running and in drive, and called police. The toddler was strapped into a car seat, Metro Nashville police said.

Police said they administered several doses of Narcan to the couple.

Vincion allegedly told paramedics that the coupld snorted heroin while they were driving around, the arrest warrant says, and Lucas said he had pulled over to take a nap.

The little girl has been placed in the custody of a grandparent, who was watching the couple’s other child at the time, police said.

Lucas and Vincion were given $250,000 bond each. Additionally, Lucas has been charged with DUI, driving on a suspended license, and possession of a controlled substance. His bond on those charges totals $4,000.

Both were still in jail early Sunday evening.