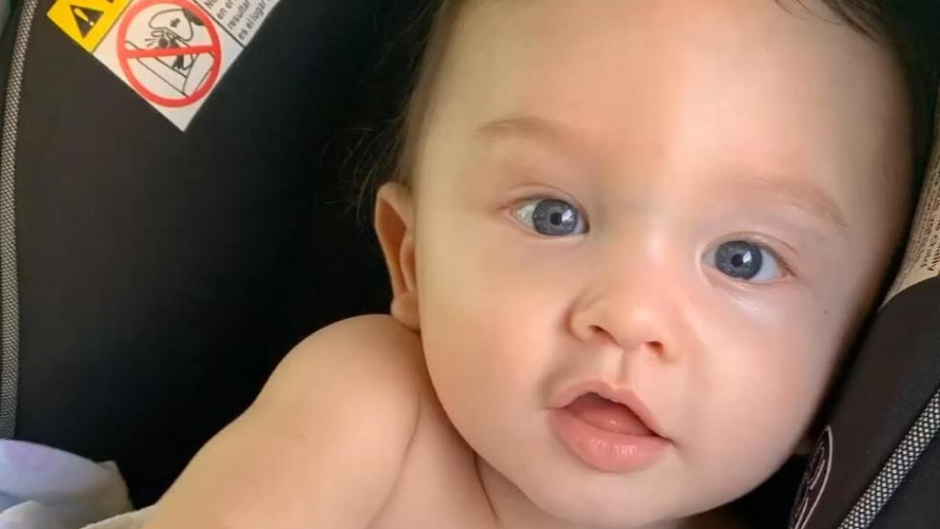 An Oregon teen appeared in court Thursday amid allegations that he shook his 8-month-old son to the point he was left virtually brain dead.

Isiah Hill, 19, was charged with first-degree assault and first-degree criminal mistreatment for allegedly dropping, squeezing, and shaking Milo Hill. The father initially claimed he had fallen over the dog while carrying his son, resulting in him falling on top of the infant, according to KPTV.

Doctors said Milo Hill “suffered profuse brain injury” and is “neurologically devastated.” They also determined that the infant’s injuries were inconsistent with a fall, the news station reported.

Milo Hill’s mother told KPTV that her son suffered a stroke that left three-fourths of his brain dead. She said he was expected to undergo an invasive procedure in which doctors would drill into his skull and brain and place a tube to drain excess fluid.

The baby’s mother said she and Isiah Hill broke up this past summer. She said her ex-boyfriend has their son three days a week.

The mother recalled being on her way to pick up Milo Hill Saturday when Isiah Hill called her claiming their son had fallen. She said she rushed to his home and called 911.

“His eyes were rolled back to his head, lips were already purple. He was moving but it wasn’t normal baby movement and he was making a very loud grunting noise,” she recounted to KPTV.

According to reports, Isiah Hill ultimately confessed to squeezing and shaking his son before throwing him on a bed.

An online fundraiser dedicated to Milo Hill’s recovery announced Monday that the infant was taken off life support. Doctors reportedly said the infant has hours or days left to live.

It is not immediately known whether Isiah Hill will face upgraded criminal charges.