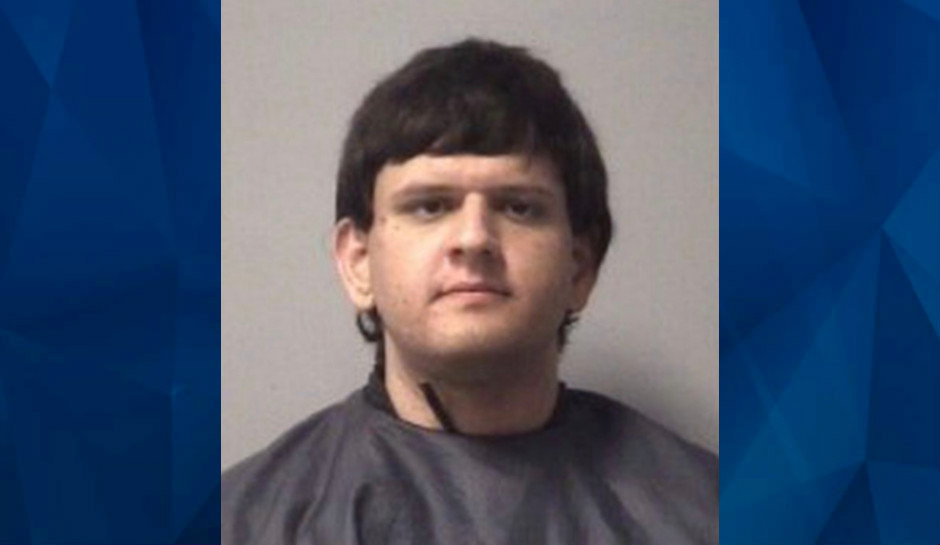 A 19-year-old man, jailed in North Carolina on child pornography charges, must remain in jail, a federal judge ordered after hearing testimony that he was arrested with a van full of guns and explosives and made online posts and threats to conduct mass shooting and even assassinate former Vice President Joe Biden, the Democratic Party’s presidential nominee.

Alexander Hillel Treisman, also known by the alias Alexander S. Theiss, was arrested on May 28 after employees at a Kannapolis bank called city police because of a van that had been left in the parking lot.

“Through the windows, KPD officers observed an AR-15 style rifle, a box for a Taurus .380 handgun, a canister of the explosive material Tannerite, and a box of 5.56 caliber ammunition,” US Magistrate Joe Webster wrote in his order, citing testimony from FBI Special Agent Aaron Seres.

After the bank manager asked police to tow the van, a search found more than $500,000 in cash, “books (about survival, bomb making, improvised weapons and Islam), drawings of swastikas and planes crashing into buildings, and the following firearms: a Sig Sauer AR rifle, an Intratec 9mm Luger, a Lower AR receiver, a Kel-Tec Sub-2000, a .22 caliber rifle marked ArchAngel, and a Russian Mosin Nagant M91/30 bolt action rifle,” the order said.

On the same day the van was towed, Treisman returned to the bank in a Honda Accord and asked about the van, prompting bank employees to again call Kannapolis police. Police took him into custody and obtained a search warrant for the Honda, where they found “a Taurus Spectrum .380 caliber and an Intratec 9mm Luger Model AB-10, found concealed in a clothes hamper.”

Kannapolis police charged him with carrying a concealed weapon and handed him over to the FBI for further investigation.

Investigators learned that Treisman had bought the weapons in several states across the country and had driver’s licenses from three different states. On eight of 15  different electronic devices, investigators found child pornography — 1,248 videos and 6,721 images. GPS data indicated that he had recently traveled from South Carolina to North Carolina, the 8-page order says.

They also found a note about a plan for a mass shooting on Christmas or Black Friday; still images downloaded from the internet of the Christchurch, New Zealand, mosque shooting; a meme asking if he should kill Joe Biden; internet searches for information about Biden’s home address, state gun laws, rifle parts, and night vision goggles; a trip to a fast food restaurant just four miles from Biden’s home; a document called “A Guide to Mass Shooting,” and various information found after the arrest, including drawing of a stick figure labeled “me” using a bat to beat another stick figure labeled “whoever the fuck calls the cops on a parked car,” and audio from a jail call between Treisman and his mother in which she urged him to “jump bail.”

Treisman’s attorney had asked Webster to order him held at a minimum security facility in Minnesota that specializes in treatment for men charged with sex offenses, but Webster rejected that idea and ordered him to remain behind bars.

“The Court concludes that the record establishes by clear and convincing evidence that no combination of available release conditions would reasonably assure the safety of the community, and that a preponderance of evidence establishes that no
conditions would ensure Defendant’s presence in court,” Webster wrote in his order.

Local media were unable to get comment from the FBI or the US Attorney’s Office, Middle District of North Carolina, in the wake of the order. Kannapolis Police Chief Terry Spry issued a statement saying he was “proud of our officers for their due diligence and quick actions that allowed us to prevent an incident from happening:”

“Officers from the Kannapolis Police Department responded to a business regarding a suspicious vehicle in their parking lot. Upon arrival, officers observed weapons inside a van which was left unlocked and unoccupied. Further investigation uncovered several indicators that criminal activity was afoot. Federal agents were contacted and while awaiting their arrival the suspect returned to the business. Kannapolis officers detained the suspect and subsequently arrested him for carrying a concealed weapon. The suspect was turned over to federal authorities pending further investigation.”