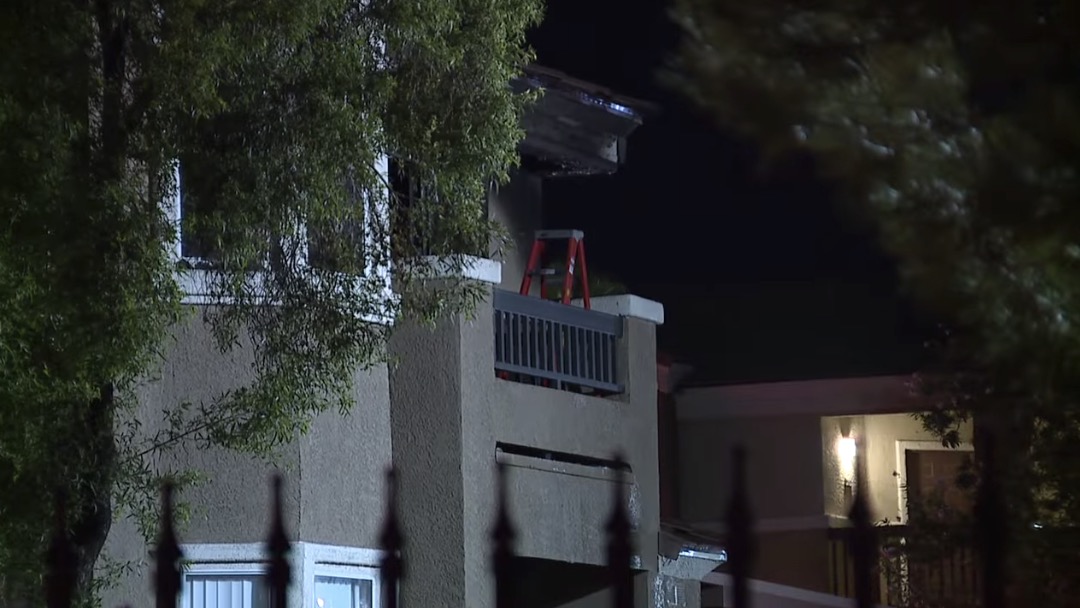 A 2-month-old baby girl died early Saturday after she was allegedly thrown from a second floor balcony by her father during a domestic dispute, Las Vegas police said.

The father, who has not been identified, set the apartment on fire, fled from the scene, and got into two car crashes before he was taken into custody after a foot chase inside McCarran International Airport, according to the Las Vegas Review-Journal.

Metropolitan Police Department homicide Lt. Ray Spencer said the mother phoned 911 just before 4 a.m. to say her daughter had been “thrown off of a balcony,” and officers found her cradling the little girl in the parking lot when they arrived. The infant was pronounced dead at St Rose Hospital and Medical Center.

Spencer said detectives believe the man and woman were arguing when the father “grabbed the child from the mother, walked outside and threw the baby from the second story balcony onto the asphalt below.”

After that, he set the apartment on fire and drove away after he was involved in a hit-and-run accident “directly in front of the apartment complex,” Spencer said. The second crash was a rollover on Interstate 215 near the exit for the airport. He abandoned the car and ran into the airport, where he was captured after a chase.

Spencer said the man was taken to University Medical Center for treatment for injuries from the crashes and for an evaluation for drug use. When he’s released, he’ll be charged with murder, Spencer said.

Spencer said the apartment sustained significant damage from the fire, and the family dog is believed to have died in the blaze.

The baby will be identified by the Clark County Coroner’s Office; the suspect’s identity will be released after he is charged.