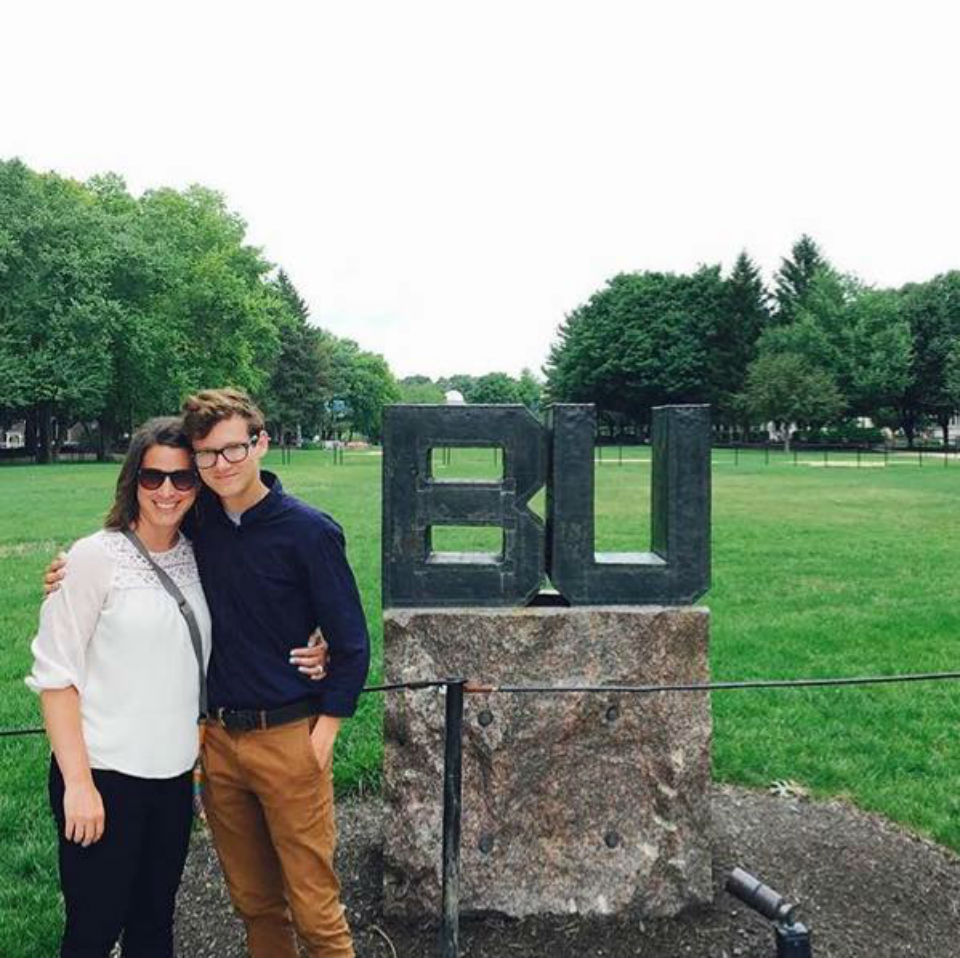 The grieving father of an Indiana college student killed by gunfire in New York this weekend says his son was a caring and generous person who wanted to make the world a better place, the New York Post reports.

The newspaper published an interview with the father of 20-year-old Ethan Williams, who was shot by a stray bullet around 2:30 a.m. Saturday while socializing with friends at an Airbnb in the Bushwick neighborhood of Brooklyn.

Williams had tried to run inside during after the suspect opened fire but was shot in the chest by at least one bullet, according to WCBS-TV.

Investigators do not believe Williams was the intended target of the gunfire, which originated more than 200 feet away.

The shooter dropped the gun and fled the scene, according to the newspaper.

Williams’ father, Jason Williams, told the New York Post Saturday evening in an interview that his son would have wanted to be the shooter’s friend.

“Ethan would have wanted the shooter to know he’s already forgiven them,” Jason Williams told the newspaper.

Growing up, Williams was a missionary in Rwanda and defended a peer being bullied on the bus. He also started an LGBTQ club in high school, though he wasn’t gay, to help foster inclusivity among his classmates.

He served on the Indianapolis mayor’s youth council, which sought to address issues like violence and poverty.

“It’s hard to express how much he loved everybody,” Jason Williams told the Post. “He did not know a stranger.”

Williams was a sophomore at Indiana University studying film and was considering working in journalism.

“He said people shouldn’t be defined by their worst moments,” Jason Williams told the newspaper. “He wanted to make the world a better place.”

Williams had long dreamed of coming to New York after watching “Spider-Man” and finally did so this fall to spend time with friends and record skateboarding videos. They had pooled their money together to make the trip happen, WCBS-TV reports.

Williams’ mother and younger siblings are “utterly broken,” his father told the newspaper.

The family issued a written statement asking for anyone with information about the case to contact police, according to WTHR-TV.

“If he had the opportunity to say something to the shooter, we know that he would invite him for a cup of coffee and ask to hear their story,” the statement reads. “He would forgive without delay. Ethan always saw beyond the surface and took the time to help others feel seen, important and loved.

The statement concluded: “The family appreciates the outpouring of support. We ask for privacy while we grieve and focus on figuring out what the world will look like without Ethan.”