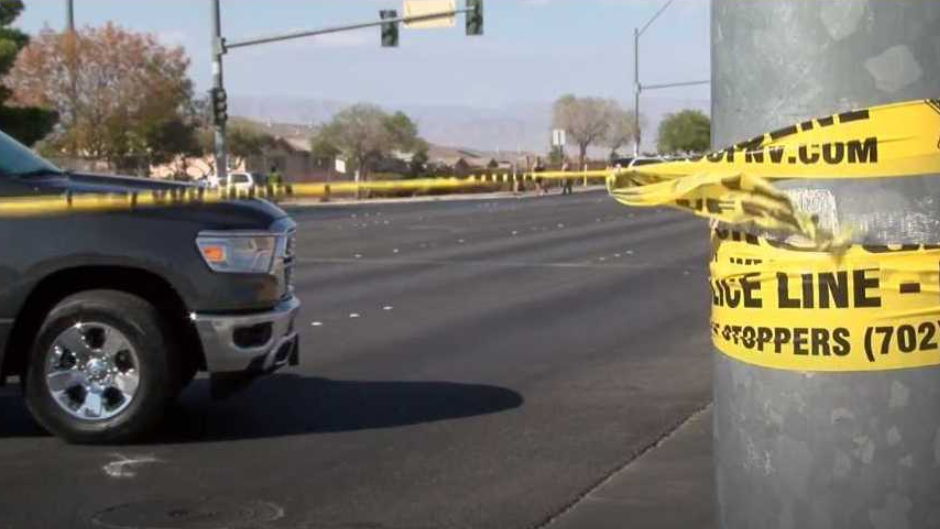 Passenger dies while hanging out of van to PUSH female cyclist — killing her: Cops

While pushing the victim, the passenger reportedly fell out of the car and collided with a streetlight

Authorities in Nevada are seeking the driver of a minivan that was reportedly involved in an incident Sunday morning that left their passenger and a bicyclist dead.

Citing Las Vegas police, KTNV reported that witnesses said the minivan’s passenger was attempting to hit pedestrians near Sahara and Hollywood boulevards. The driver allegedly pulled up to pedestrians so their passenger could strike them.

The minivan was reportedly traveling south on Hollywood Boulevard when he approached a woman riding her bicycle in the bicycle lane. The driver pulled up close to the woman before the passenger — hanging halfway out of the vehicle — hit her with his hand, causing her to fall, according to KSNV.

The woman was killed in the fall. The push reportedly caused the passenger to fall out of the minivan and hit his head on a light post. Both the cyclist and passenger were pronounced dead at the scene.

According to the Las Vegas Review-Journal, the passenger skid roughly 50 yards on the road before hitting his head on a street light.

Detectives learned during their investigation that several vehicles were racing and driving recklessly on Hollywood Boulevard at the time, according to KSNV.

While authorities have not yet publicly identified the deceased woman, KNTV reported she is believed to have been in her mid-50s.

The driver allegedly fled the scene. The driver and deceased passenger were described as Hispanic males between the ages of 18 and 22.

“Senseless is an understatement,” Spencer commented, according to the Review-Journal.

“There’s no reason behind, that I can tell you, as to why it occurred — other than complete stupidity.”