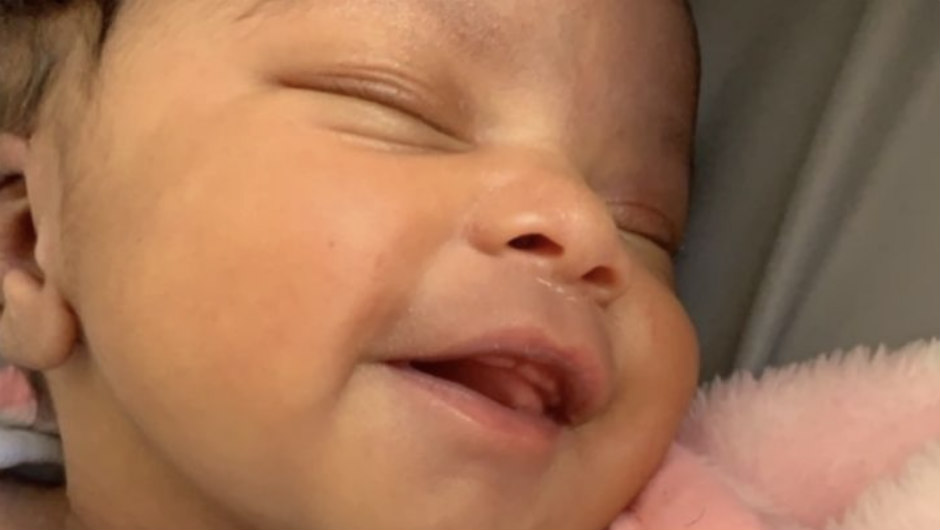 Pictured: Father caught trying to escape through airport baggage conveyor after throwing newborn over 22 feet to her death [Police]

A Nevada man accused of throwing his baby over a balcony, setting an apartment on fire, and killing the family dog was captured after crawling through a baggage conveyor at the Las Vegas airport, according to police.

As CrimeOnline previously reported, the father, identified as Clarence Martin Jr., allegedly threw his 2-month-old daughter, London Martin, from a 2nd-floor apartment home at the Positano Apartments in Las Vegas on Saturday. The incident happened a little after 4 a.m., according to Metropolitan Police Department homicide Lt. Ray Spencer.

Responding officers found the baby’s mother, Nicole Poole, cradling the little girl in the parking lot when they arrived. The infant was later pronounced dead at St. Rose Hospital and Medical Center.

The Las Vegas Review-Journal reports that authorities said the baby fell over 22 feet to her death.

Spencer said detectives believe Martin and Poole were arguing when the father “grabbed the child from the mother, walked outside and threw the baby from the second story balcony onto the asphalt below.”

Poole reportedly explained, however, that she was sleeping with London when Martin began kicking them. She said she got up and took the baby with her into the living room and sat on the couch, but Martin followed her and snatched London from her arms.

Martin then walked to the balcony with the baby and returned a few seconds later without her, according to what Poole told police.

Poole rushed downstairs and located London, then ran with the baby in her arms, fearing Martin would chase her.

“Poole ran outside and discovered her baby laying on the ground in the parking area,” the police report read. “She ran down and picked her baby up, ran southbound through the complex because she thought Martin was chasing her.”

Meanwhile, Martin, who stayed behind briefly in the apartment, allegedly set it on fire and drove away in Poole’s car. A neighbor reportedly said they heard Martin yell expletives as he got into the vehicle, Fox 5 Vegas reports.

“Burn, b****, burn. This is what you get for cheating on me,” Martin allegedly yelled.

Inside the apartment, the family pet, a white poodle, was locked inside a cage when Martin set the apartment on fire. Police said the dog likely died from heat and smoke exposure.

The suspect fled the scene but was involved in a hit-and-run accident “directly in front of the apartment complex,” Spencer said.

At around 4 a.m., an employee spotted Martin, shirtless, inside the airport, as he allegedly tried to open a locked door.

When questioned, Martin crawled onto the luggage conveyor and managed to get into a break room, where he found a “TSA Security” shirt and put it on.

Authorities followed closely and captured Martin as he walked onto the airport’s runway. He allegedly kicked an officer in the leg while screaming, “burn, b*****, burn! Jeffreys Street, Jeffreys Street!”

Poole told authorities that Martin suffers from mental health but she” had not seen any issues until the last three days,” the police report states. The suspect hadn’t eaten or slept for days before the incident, Poole said.

Martin is facing charges of open murder, first-degree arson, torture of an animal, and battery on a protected person.

Meanwhile, a GoFundMe page has been set up to help the family with burial and funeral expenses.