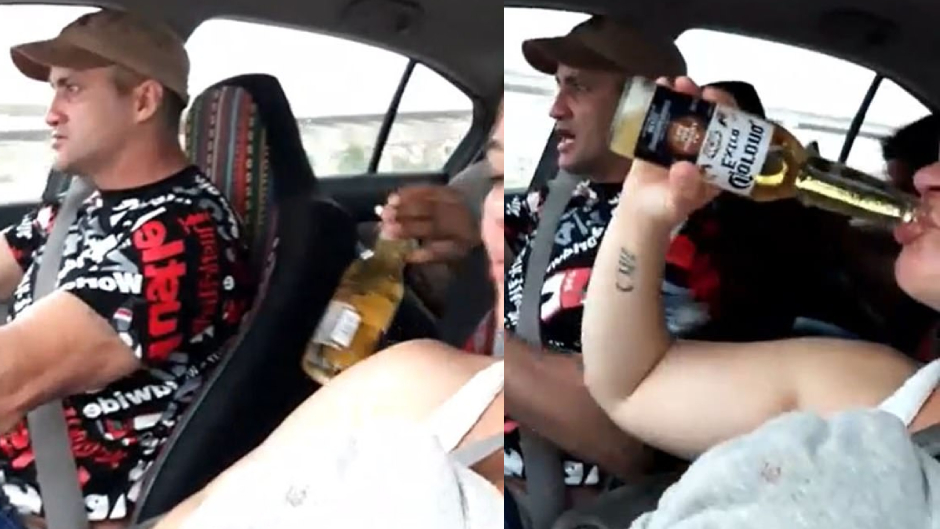 SEE IT: Driver chugs beer behind the wheel in Facebook Live video just before crashing car — killing 3 people, including girlfriend

A Texas man was reportedly filmed drinking while driving Sunday — just before causing a crash that killed three of his passengers and left another driver seriously injured.

All three passengers, who were in Morejon’s car, died at the scene. Reports indicated that one of the decedents is Morejon’s girlfriend.

The Houston Chronicle reported that the unidentified driver of the pickup truck suffered a brain bleed and broken arm. It is not immediately known what injuries Morejon sustained.

The Facebook Live appears to show Morejon and two of his passengers passing around a bottle of beer.

“I drive better when I drink,” Morejon can be heard saying during the broadcast.

Morejon was allegedly driving 90mph when he collided with the right side of the pickup truck. Investigators said he reeked of alcohol and his blood alcohol content was .168 — more than twice the legal limit, the Chronicle reported, citing court records.