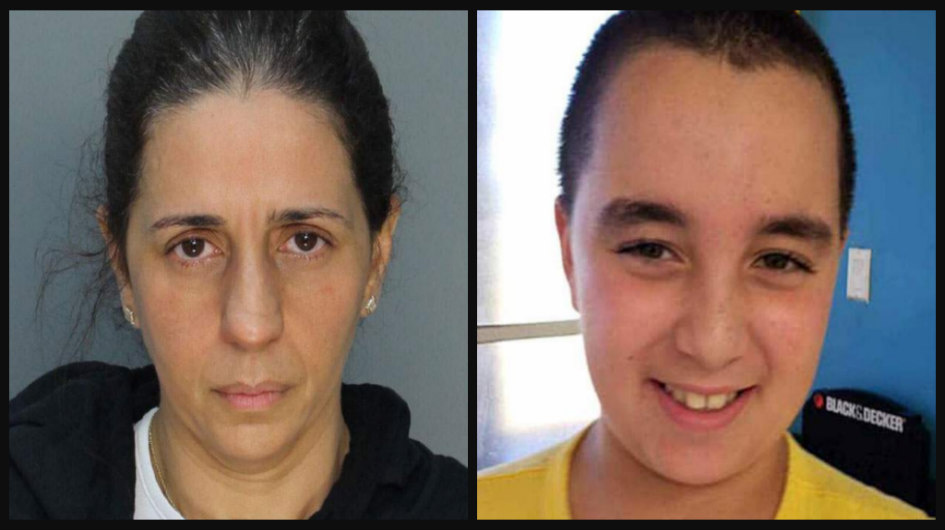 Death penalty sought for mother who drowned non-verbal autistic son in canal, then reported him as kidnapped: DA

*WARNING*: Video may be disturbing to some viewers

A Florida woman accused of drowning her 9-year-old son in a canal will face the death penalty if convicted of murder.

Patricia Ripley, 47, was indicted by a Miami-Dade grand jury on October 29 for first-degree murder. During the hearing, prosecutors announced they intend to seek capital punishment, the Miami Herald reports.

Ripley, who remains behind bars without bail, wasn’t present during Thursday’s hearing. Since she is now facing capital punishment, however, she needs to be told in person that her attorneys are capable of handling death penalty cases, prosecutor Gail Levine told the court.

“We would need to have Miss Ripley here,” Levine said.

As CrimeOnline previously reported, police found the body of Alejandro Ripley on May 21, in a canal off of Southwest 62nd Street and 138th Court, near the Miccosukee Golf and Country Club in Miami. A Miami-Dade medical examiner said the boy’s cause of death is drowning and the manner of death is homicide.

Footage captured Patricia Ripley during her first attempt as she pushed her son, Alejandro, into a canal at 103rd Avenue and Kendall Drive at around 7:30 p.m. on May 21. Someone rescued the boy and even offered to call the police on Ripley’s behalf.

A witness said the little boy, who was non-verbal and autistic, was “just sitting there” in the chest-high canal water when his mother turned away from her son, leaving him in the water as she ran toward an older man and woman.

“And, at the time, I thought they were together because that woman was giving it to her, screaming, ‘What are you doing? Why’d you leave the kid there?’”

The older man pulled Alejandro out of the canal and helped dry him off.

“They just dried him off and they walked that way. The older couple went into the hallway and she walked to the south with him,” the witness told Local News 10.

Around an hour later, Ripley allegedly drove to Southwest 62nd Street and 138th Court, near the Miccosukee Golf and Country Club, and pushed Alejandro into another canal, where he drowned.

“She brought the boy to a different canal … this time, there was no one there to save him,” Miami-Dade State Attorney Katherine Fernandez Rundle said.

Ripley initially told police that her son had been kidnapped by two black men who forced her car off-road, close to a Home Depot off of Kendall Drive, and demanded drugs. Ripley told police that when she didn’t have drugs to give them, one of the men grabbed her son, cellphone and other items.

The Miami Herald reports that a source close to the case said that security footage at the Home Depot showed Ripley sitting by herself in her car for around 20 minutes around the time the supposed abduction took place. Alejandro was not in the car with her. She then called the police. It’s unclear what phone she used to contact authorities.

“That was the sad part,” the witness told Local News 10. “Like this is your moment to not do that. She had a moment where she tried it and it didn’t work — maybe that’s the time to collect yourself and go on a different path.”

After investigators confronted Ripley about her conflicting statements, she reportedly confessed to what she did and added that her son was “going to be in a better place.”

Alejandro, at one point, attended the Greater Heights Academy, a school for special needs children. Court records indicate that the school filed a lawsuit against Patricia Ripley for $4,100 in unpaid tuition in 2016, according to the Miami Herald.

At the time of his death, he was being home-schooled. Investigators say that Ripley may have been overwhelmed with caring for him.