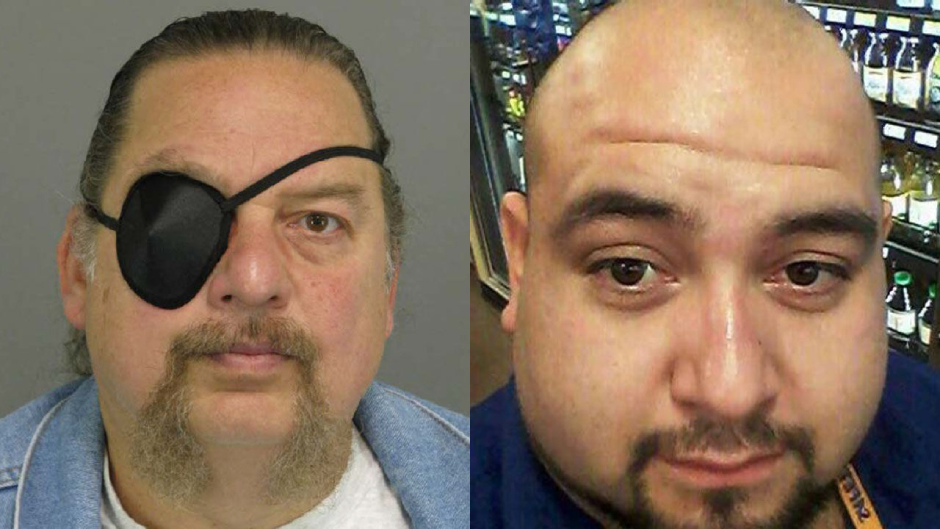 Federal authorities in Texas announced Thursday that two men were charged with human trafficking for the sale and purchase of a 19-year-old.

Alfonso Juarez, 35, was arrested at his home in Dallas, Texas, while Robert Hubert, 66, was apprehended at his residence in Roebuck, South Carolina. The U.S. Attorney’s Office for the Northern District of Texas said in a statement

The Dallas Morning News reported that Juarez met the victim, a New Mexico resident, last summer via a social media site while she was in Dallas visiting her boyfriend. Juarez allegedly asked her if she wanted to make some money before meeting her at her motel room.

The victim reportedly told police that Juarez gave her methamphetamine and pistol-whipped her.

“He later gave her a “slave name” and threatened to kill her and her family if she did not consent to being sold for sex. At one point, Mr. Juarez pointed an unloaded gun at her head and pulled the trigger,” federal prosecutors alleged.

Juarez allegedly sold the victim for sex on repeated instances before putting her up for sale on a fetishism website in September 2019. Hubert reportedly purchased the teen for $5,000.

In text messages, Juarez reportedly described the victim as “property” and told Hubert that she became completely submissive after he pistol-whipped her.

“She’s totally dependent on me,” Juarez wrote, according to federal authorities.

“SWEET,” Mr. Hubert allegedly responded. “I will take the slave.”

The reported trade-off occurred at a Dallas gas station. Hubert drove the victim to his home in South Carolina — where he put a metal collar around her neck and threatened to brand her buttocks, according to the criminal complaint.

“When they reached Mr. Hubert’s residence — where there was a room he described as a “dungeon”— Mr. Hubert required the victim to remove her clothes and ‘be naked all the time’,” prosecutors also alleged.

The victim claimed there was another woman in Hubert’s home who was covered with bruises and burns and had a brand on her hip, according to the Morning News.

At one point, the victim reportedly texted Juarez pleading for help. He allegedly told her that Hubert only intended to whip and punish her, not kill her.

Hubert eventually allowed the victim to call her parents. The victim’s father reportedly begged Hubert for his daughter’s return. Federal authorities said Hubert demanded $5,000 — and showed the father a contract between him and Juarez as proof of sale.

Hubert ultimately allowed the teen to take a bus back to New Mexico.

The Morning News reported that authorities got involved in June, after receiving a tip from a psychiatric hospital in New Mexico where the victim was a patient. The victim’s father reportedly showed investigators the texts he exchanged with Hubert — including pictures of the contract between the two suspects.

Juarez and Hubert are charged with conspiracy to commit sex trafficking. Both men remain in custody.