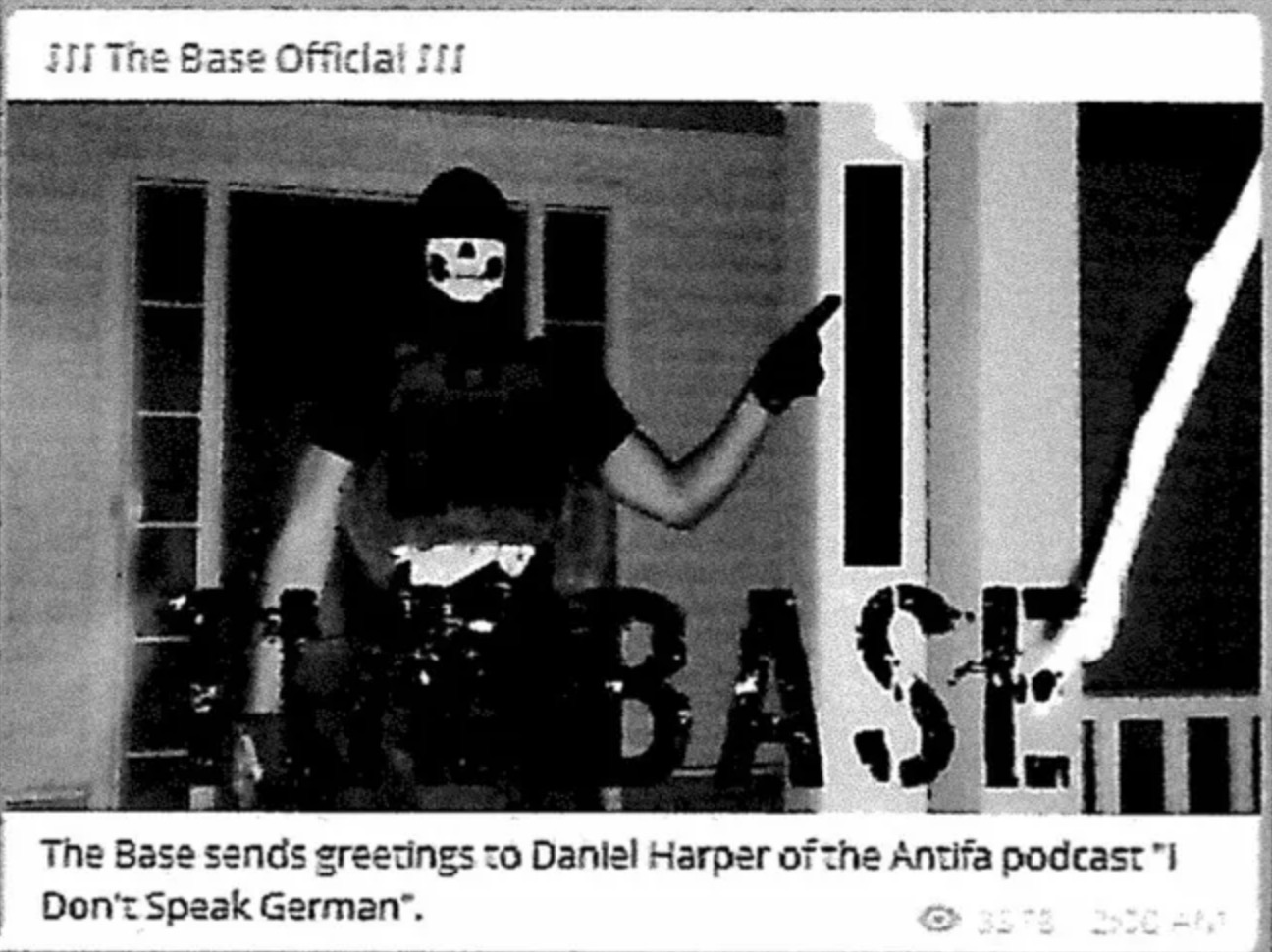 Two members of a white supremacist group were charged this week with multiple felonies after an investigation alleged that they terrorized a Michigan family at their home, posting photographs and messages to their followers urging further harassment.

Justen Watkins, 25, and Alfred Gorman, 35, thought they were at the home of an anti-fascist podcaster, the Michigan Attorney General’s Office said. Instead, they terrified Richard Shea, his wife, and infant daughter inside their own home in Dexter.

Watkins was non-plussed about the mistake, telling another member of The Base that “the message got across even with the wrong house too,” according to an affidavit filed in the case.

The incident at the Sheas took place just before midnight on December 11, 2019. Thinking they were at the home of Daniel Harper, who hosts a podcast called “I Don’t Speak German,” Watkins and Gorman walked around the Sheas home, flashing lights into the windows and taking photographs. The Sheas called police, but they arrived after the men left.

Once they returned home, Watkins posted one of the photos showing him on the Sheas’ front porch with the caption, “The Base sends greetings to Daniel Harper of the Antifa podcast “I Don’t Speak German.” In the photo, he’s wearing a skull mask, a Totenkopf shirt, camouflage pants, and a tactical plate carrier loaded with rifle magazines. The plate carrier also has a patch of The Base logo.

Michigan State Police and the FBI investigated, identifying the suspects as Gorman and Watkins, who named himself leader of The Base earlier this year after several members of the group were arrested. Watkins had already been identified as a member of the organization who ran a “hate camp,” attended by Gorman, in November 2019. Earlier this year, he released a manifesto to other members declaring, “I will train with firearms, explosives, knives, Ryder trucks, and anything else I have to destroy this KIKE SYSTEM THAT IS GENOCIDING MY people.”

Michigan Attorney General Dana Nessel said that the two have been charged with gang membership, unlawful posting of a message, and using computers to commit a crime.

“Using tactics of intimidation to incite fear and violence constitutes criminal behavior,” Nessel said. “We cannot allow dangerous activities to reach their goal of inflicting violence and harm on the public.”

The Base was founded in 2018 and openly advocates violence against the United States while training for a race war to establish white ethnonationalist rule. It took its name from al-Qaeda, which means “the base” in Arabic.