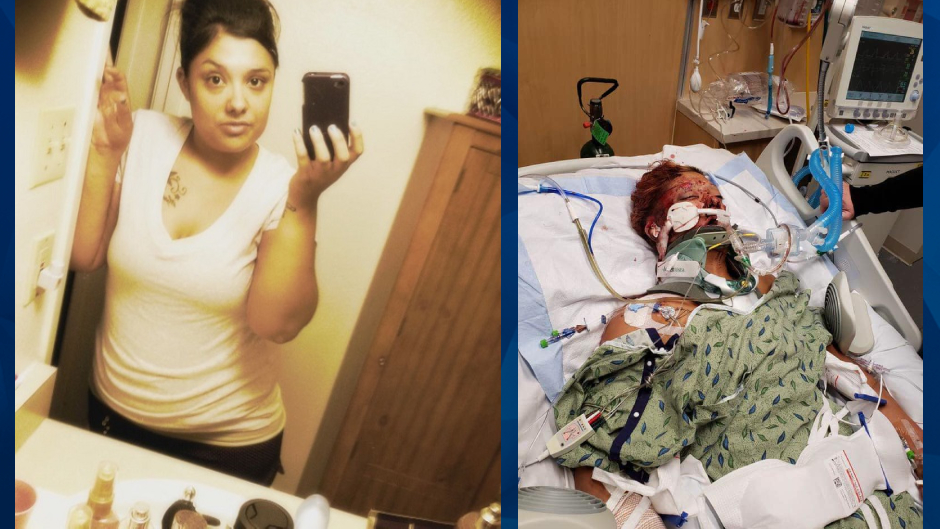 ‘I can’t let them get away with murder’: Inmate dies in police custody days after accusing 2 officers of sexual assault

The Arizona Attorney General said Monday that they are not criminally charging any officers for the December 2019 death of a woman who reportedly accused a detention officer and police officer of sexual assault days before she apparently jumped out of a moving police vehicle.

A spokesperson for the Attorney General told The Copper Era that they completed their review and determined “no criminal charges are appropriate” in the December 28 death of Jorden Simms, 28, who died two days after jumping out of a moving law enforcement vehicle traveling 35mph.

Police claimed Simms had escaped handcuffs, a belly chain, and ankle restraints before jumping out of the vehicle two blocks from the Mt. Graham Regional Medical Center.

The Arizona Republic reported that a travel-sized bottle of shower gel was found in the police vehicle next to Simms’ locked ankle restraints and shoes. The shower gel bottle reportedly matched those found at Lori’s Place, an advocacy center where Simms underwent sexual assault exams on December 23 and 26.

“They claimed that she broke out of leg shackles, waist handcuffs, and a seatbelt all with shower gel,” the deceased woman’s mother, Deborah Sanchez, told the Arizona Republic.

Simms was arrested on December 21 after being accused of shoplifting from a Walmart in Safford. While Simms was not taken into custody for the suspected shoplifting, she was jailed the same afternoon for an outstanding warrant out of Yavapai County.

In Yavapai County, Simms was accused last November of car theft, drug possession, and failure to appear in court for allegedly stealing her adoptive father’s girlfriend’s car while in the possession of heroin.

Simms accused French of sexual assault on December 23, though it is unclear exactly when the alleged incident occurred. French’s report stated that Simms claimed to be pregnant and requested medical attention. The Republic noted that only French’s report mentions a pregnancy.

Simms said she and French were alone in a hospital room for 15 to 30 minutes. While awaiting test results, Simms alleged French touched her arm and breast area before forcing his hand into her pants and putting a finger in her vagina.

A Safford police officer wrote in a December 23 memo that French said there was no bodycam footage of Simms’ hospital visit.

The Republic reported that Simms was ultimately released into French’s custody. While en route to jail, Simms was filmed running to a gate as French leaned into a car with his back turned. She was taken back into custody a short time later.

French was placed on paid administrative leave on December 24, a day after Simms accused him of sexual assault.

Simms is heard in a recorded interview saying Bays sodomized her while dressing her. Simms claimed she did not know what object Bays used to assault her because the officer had pushed her head into a bar on the wall in front of her.

(It is also unclear when Simms first reported the alleged assault involving Bays, as she claimed she told multiple jail employees about the incident before a sheriff’s deputy officially documented it.)

While undergoing another sexual assault exam at Lori’s Place on December 26, Simms reportedly complained of abdominal pain. Simms reportedly jumped out of the Ford Explorer transport vehicle while en route to Mount Graham Regional Medical Hospital, where she was to undergo additional testing with specialized equipment.

According to the Republic, officials concluded Simms died from blunt impact to the head, trunk, and extremities — but her manner of death remains undetermined. Simms suffered 45 injuries, including brain injuries and fractures to her skull, clavicle, and ribs.

The medical examiner said during a December 27 police interview that Simms’ sexual assault exam (related to the reported sodomy) showed no evidence of forced penetration. The examiner also claimed Simms’ autopsy did not mention any sexual trauma, but she noted that Simms had new bruises on her legs and a horizontal mark on her forehead, the Republic reported.

Simms reportedly said during a recorded interview that she was placed on a suicide watch — which the news outlet noted that no police records explain that decision. Bays’ memo stated that Simms was required to “anti-self-harming suit.”

Sanchez denied claims of Simms being suicidal, noting her daughter spent a month in recovery.  The Pima County Medical Examiner’s Office’s toxicology report stated that blood taken from Simms on December 26 tested negative for any drugs or alcohol.

An attorney for Simms’ mother told KVOA that the police’s use of a “swing vehicle” influenced the Attorney General’s decision not to prosecute in this case. The officers reportedly used an unfamiliar “swing vehicle” to transport Simms because their normal cruiser was in the shop.

Reports indicate that a male detention sergeant and a female police deputy were transporting Simms when she fell out of the swing vehicle. Police later learned that child locks, intended to stop inmates from opening doors, were engaged on the rear passenger side door.

However, the locks were disabled on the rear driver’s side door, where Simms was sitting, according to KTLV.

Authorities said Graham County police loosened Simms’ ankle restraints after she complained they were hurting her, according to The Copper Era.

KTLV reported that the Attorney General’s refusal to prosecute applies to the officers who transported Simms and the officers she accused of sexual assault.

Simms’ mother told the Republic in August, “I can’t let them get away with murder, that’s how I feel.”