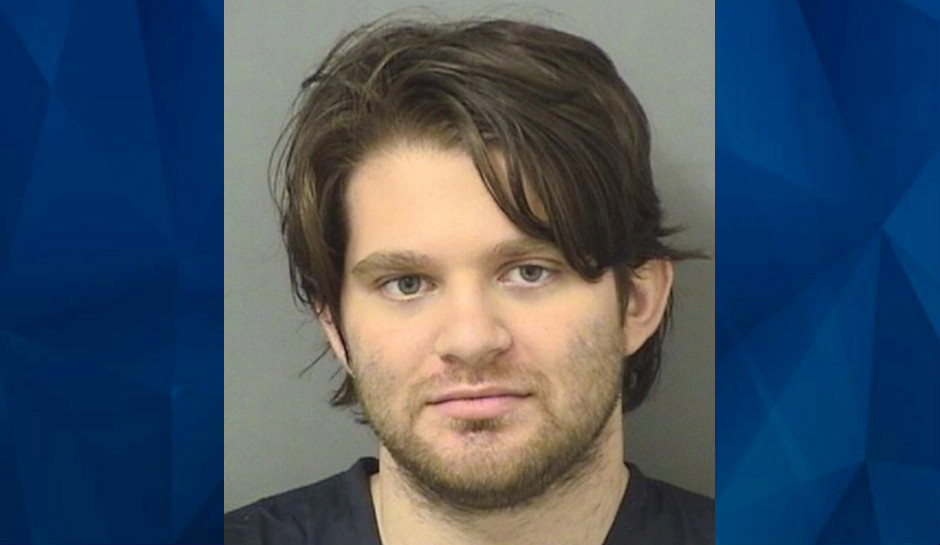 A Florida man who posted bail after being charged with trafficking a minor and child pornography in California was arrested again this week back in his home state — this time on charges related to stalking and witness intimidation, the San Luis Obispo County Sheriff’s Office said in a statement.

The sheriff’s office said that Dominick Alleva, 21, was taken into custody by the Palm Beach County Sheriff’s Office in Florida and is awaiting court proceedings. He is expected to be returned to California to face the charges there.

Alleva was originally arrested on suspicion of statutory rape on April 28, the San Luis Obispo County detectives said. He posted the $45,000 bail shortly after his arrest.

Less than a month later, investigators filed new charges against Alleva, for suspicion of human trafficking of a minor and the possession, production, and distribution of child pornography. He appeared in court on May 19, at which time the judge raised his bail to $150,000. Alleva posted bail the next day and left California for Florida.

California investigators later determined that Alleva violated a protective order issued by the judge in his case but could not contact him since he’d gone to Florida. They obtained a $750,000 arrest warrant for him and travelled to Florida to find and arrest him. He was located and arrested on Monday.