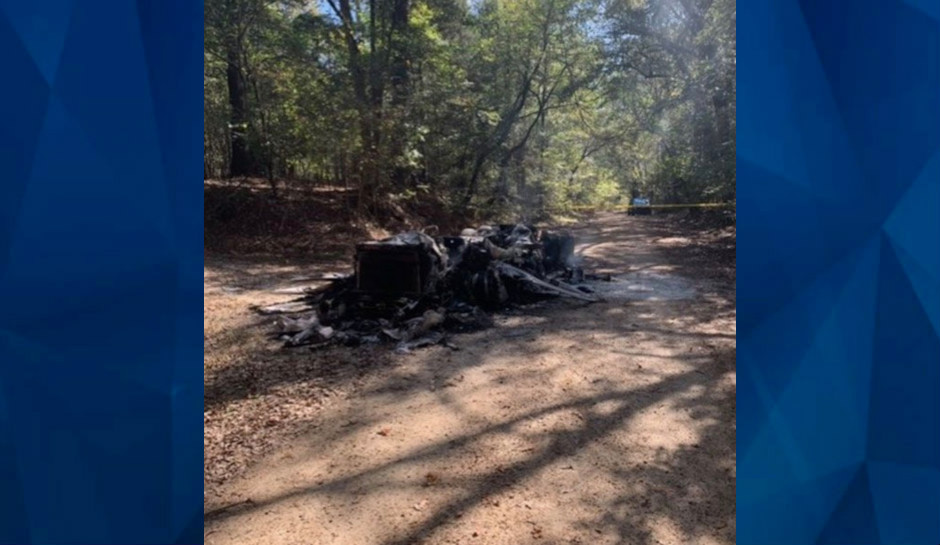 Two bodies found in a burned-out semi-trailer truck in western Mississippi Sunday morning are believed to be those of a husband and wife who died in a murder-suicide, the Natchez Democrat reported.

Jefferson County Sheriff James Bailey said detectives believe the couple is Ronald Merritt, 45, and Carisa Merritt, 42, from Fayette, about 15 miles from the Church Hill community where the bodies were found.

Jefferson County Coroner Ricky McDonald said the identification is pending results of an autopsy at the state crime lab and DNA comparisons with family members.

“There is reason to believe it is them,” McDonald said. “Neither of them have been seen or heard from since Sunday.”

Bailey told the Democrat that Victoria Queen, Carisa Merritt’s mother, said she saw a blue semi-truck pass by her house before dawn Sunday morning. She said she believed it was driven by Ronald Merritt, who had recently leased the vehicle.

Later Sunday, when Carisa Merritt didn’t show up for church, Queen tried to contact her.

“She started to get worried because it wasn’t like her not to show up for church,” Bailey said, “and she tried to call her three or four times and had not heard from her.”

Bailey said that a hunter noticed the truck blocking the entrance to a hunting camp on his property early Sunday, according to WLBT. He told investigators he honked his horn, and the truck moved down the road. At about 7 a.m., the hunter said he heard a gunshot and then an explosion about two minutes later. He called 911 when he was leaving the camp and saw the scorched remains inside the truck, the sheriff told the Democrat.

Deputies said the investigation is ongoing.