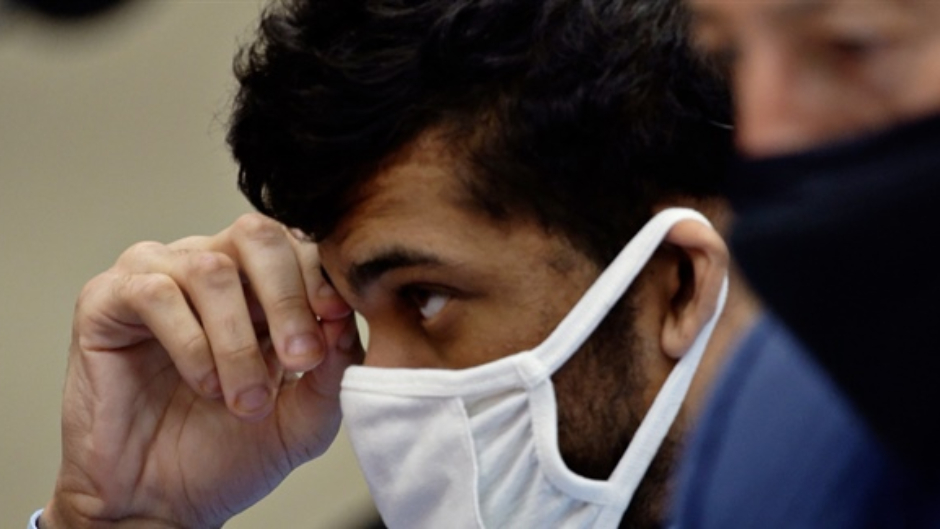 A former Major League Baseball prospect was convicted Wednesday of the 2015 first-degree murders of his father, uncle, and a bystander at the family’s California home.

The Riverside County District Attorney’s Office said in a statement that Brandon Martin, 27, killed his disabled father and uncle Michael Martin, 64, Ricky Andersen, 58, and ADT alarm installer Barry Swanson, 62. Two days before the triple slaying, Brandon Martin was placed on a mental-health hold after telling cops he choked his mother and threatened her with scissors, the Los Angeles Times reported.

Brandon Martin killed his uncle and Swanson the same day he was released from Riverside Psychological hospital, according to KTVU.

Brandon Martin was the 38th selection in the 2011 MLB draft by the Tampa Bay Rays. The team released him in March 2015 — months before the triple murder.

The Times reported that Brandon Martin grew erratic in the years following the draft, with friends and family claiming he punched his father in the face and put his mother in a headlock.

Prosecutors said the family was installing an alarm system at their Corona home on the day of the murder to protect themselves from Brandon Martin.

The suspect committed the murders with a black baseball bat engraved with his name. He left the bat at the scene and fled in the ADT installer’s pickup truck, the Times reported.

Brandon Martin was appended a day after the slayings. At the time of his arrest, he bodyslammed a police dog and assaulted officers.

The former baseball player was also convicted of evading arrest, resisting arrest, stealing an auto, and injuring a police dog. The Times reported that prosecutors are seeking the death penalty.