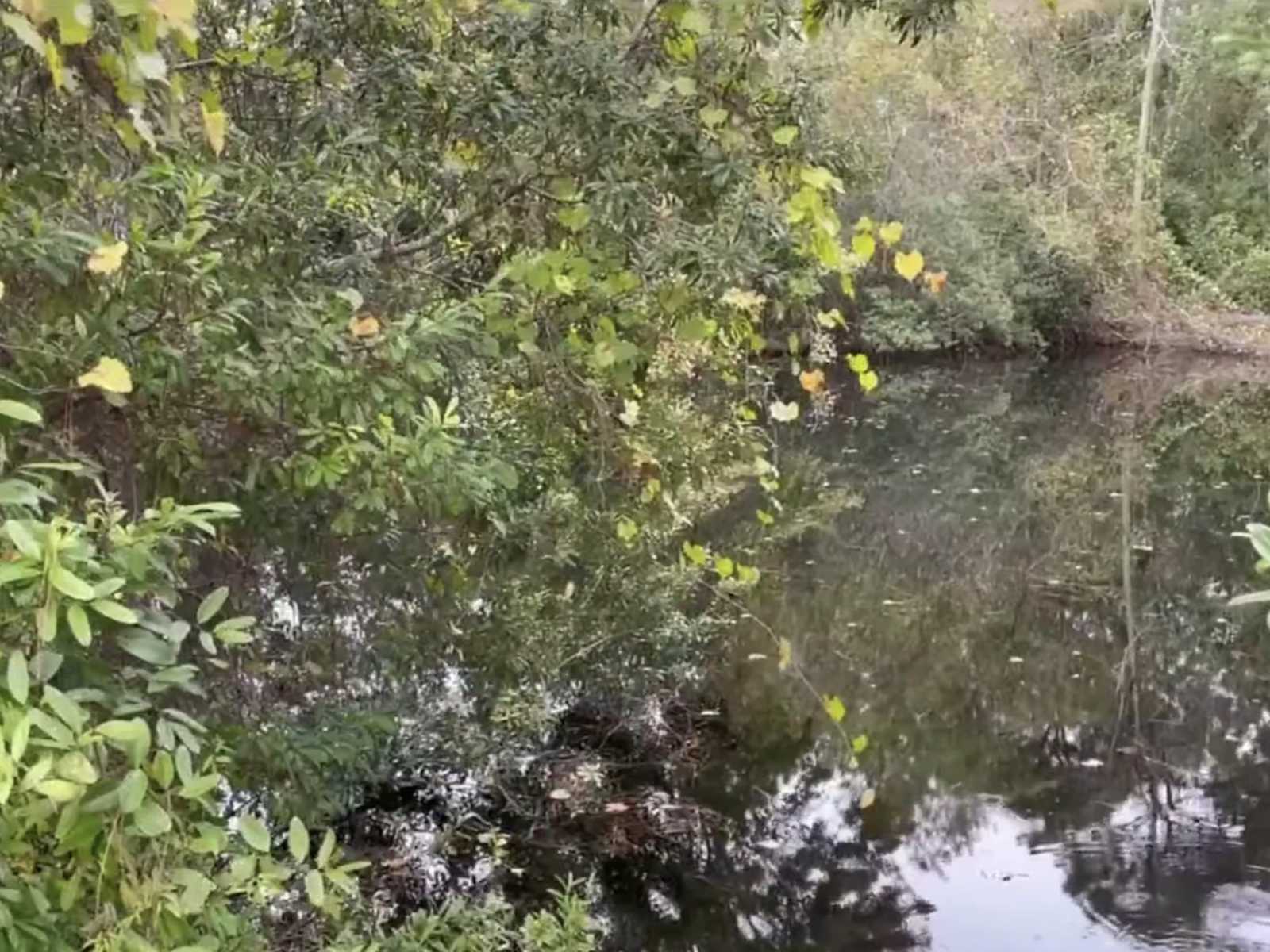 Tim Anderson wasn’t expecting to come across a body Sunday morning when he took his dog, Rufus, out for his regular walk.

But that’s what happened. Anderson spotted a plastic storage container floating a few feet from shore on a retention pond in southeast Jacksonville, Florida, and when he investigated, he found it contained a dead man.

Anderson called the Jacksonville Sheriff’s Office, and a dive team retrieved the bin from the water. The man inside was naked — and had been shot, News4Jax reported.

The sheriff’s office isn’t identifying the victim, but the medical examiner said he is 43 years old.

“This morning I come out here and I saw a bin floating out there by the water and I said, ‘What is that? Let me just go take a look and see,’” Anderson told News4Jax.

“I was kind of hoping it wasn’t what I thought it was and it turned out to be,” he said. “I thought it might’ve been a dummy or something stuck in there because of some kids just playing around or something, but I got up closer and I said, ‘Oh, that looks pretty real to me.’”

Jacksonville Sheriff’s Office Sgt. Steve Rudlaff said that investigators believe the man was shot elsewhere and dumped in the pond within 24 to 36 hours of its being found. The field and the pond, located behind the Windy Hill Community Center, are owned by the city of Jacksonville.

The sheriff’s office asked anyone who may have seen anything suspicious to call Crime Stoppers at 866-845-TIPS.