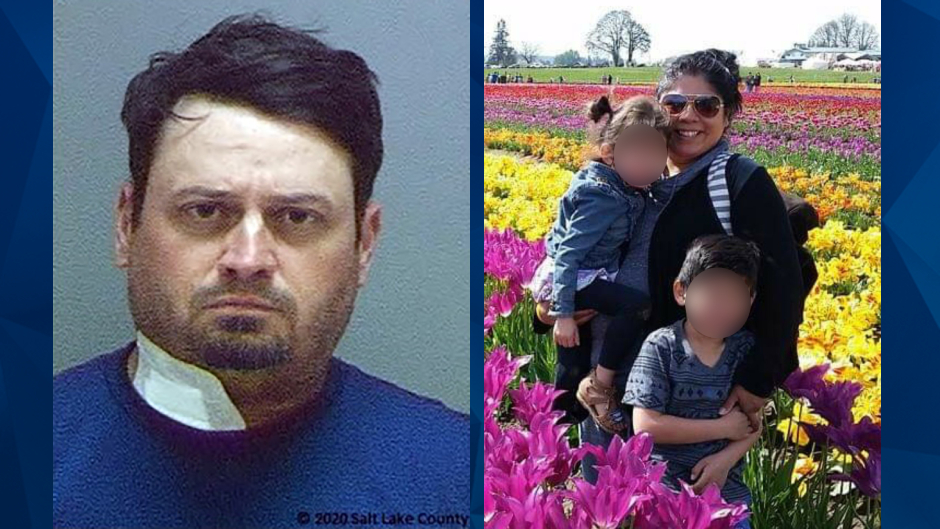 Dad stabs wife to death as their 2 young kids try to stop him: Docs

A Utah man was charged Monday with stabbing his wife to death nearly two weeks earlier.

John Erickson was also found in the bedroom with severe lacerations to his arms and neck. He admitted to trying to take his own life, the news outlet reported.

The couple’s 11-year-old son and 7-year-old daughter were home at the time of the incident and reportedly tried to intervene.

The girl told police she heard her mother scream before witnessing her father stabbing her mother. She tried to stop her father but was cut with the knife — causing an “extensive injury to her fingers” which required surgery, police said.

According to People magazine, the complaint stated that the 7-year-old had “blood on her face and clothes and severe cuts on her hand.”

The 11-year-old reportedly also tried to stop the attack by punching and kicking his father. He eventually ran to a neighbor’s home to get help.

“It was my dad that made it happen,” the boy reportedly told officers.

John Erickson claimed he “just f**king snapped” and took out his rage on “one of the sweetest people around,” the complaint alleged, according to People.

“[John Erickson] admitted that he cut Utahna’s throat and knew she was going to die,” the complaint stated.

John Erickson was also charged with child abuse and domestic violence in the presence of a child. His preliminary hearing is scheduled for November 12.