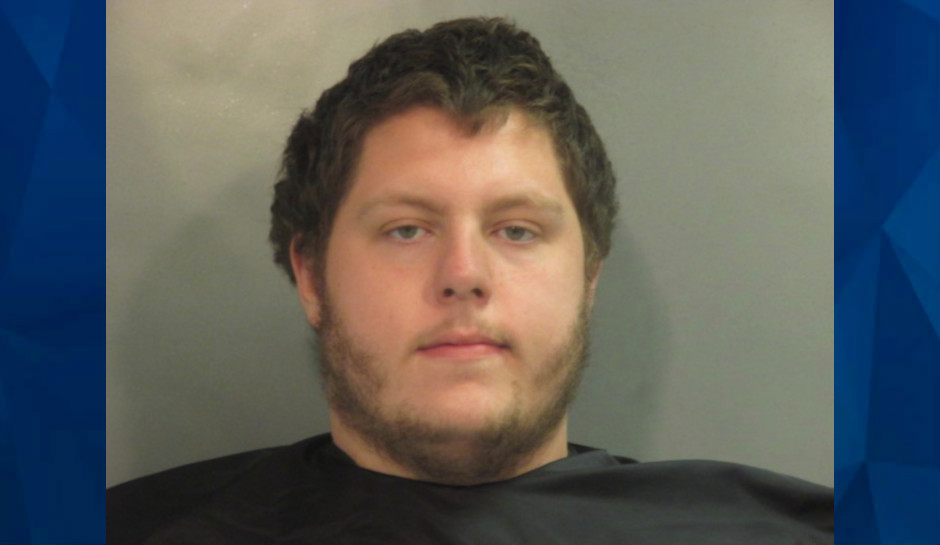 Samuel Appling has been charged with stabbing his girlfriend’s father to death. He was carrying a backpacked containing ‘items that could be sued to subdue, kill, dismember, and bury a body,’ police said.

A 22-year-old Arkansas man was arrested late Thursday, charged with stabbing his girlfriend’s father to death — apparently while the man was on the phone with 911 reporting the attack.

John Hurlburt, 53, called the Washington County Sheriff’s Office shortly after 11 p.m., telling a dispatcher someone had broken into his home and Tazed him. Hurlburt said he hit the man over the head with something heavy and he fell back off the porch.

Hurlburt said he thought the attacker might have a gun identified him as his daughter’s boyfriend, Samuel Appling. In the middle of the conversation, however, Hurlburt abruptly stopped answering questions, and the dispatcher said it “sounded like he was screaming for help.”

Deputies arrived about 15 minutes later and spotted a dim light near a creek in the area, and then a person wearing reflective material suddenly start running. Deputies gave chase, the sheriff’s office said, shouting commands to stop. When he reached the edge of a wooded area, the suspect collapsed, and deputies caught up to him. They asked if he had a gun, and he told them he dropped it. Detectives later found a handgun in the area covered in blood, the sheriff’s office said.

The suspect, Appling, was wearing all black clothing, including black gloves and a blue gaiter mask, and his sleeves and gloves were covered in blood. He was carrying a backpack that “contained items that could be used to subdue, kill, dismember, and bury a body,” the office said.

Appling was carrying a fixed blade knife in a sheath on his right hip, deputies said, and the knife blade and handle were also covered in blood.

With Appling in custody, deputies went to Hurlburt’s home and found him lying on his back in the living room, dead from multiple stab wounds. His body has been sent to the Arkansas State Crime Lab for an autopsy.

Appling has been charged with capital murder, burglary, and fleeing and is being held in the Washington County Detention Center without bond until a hearing on November 16, jail records say.

The sheriff’s office has released no further information but said the investigation is ongoing.