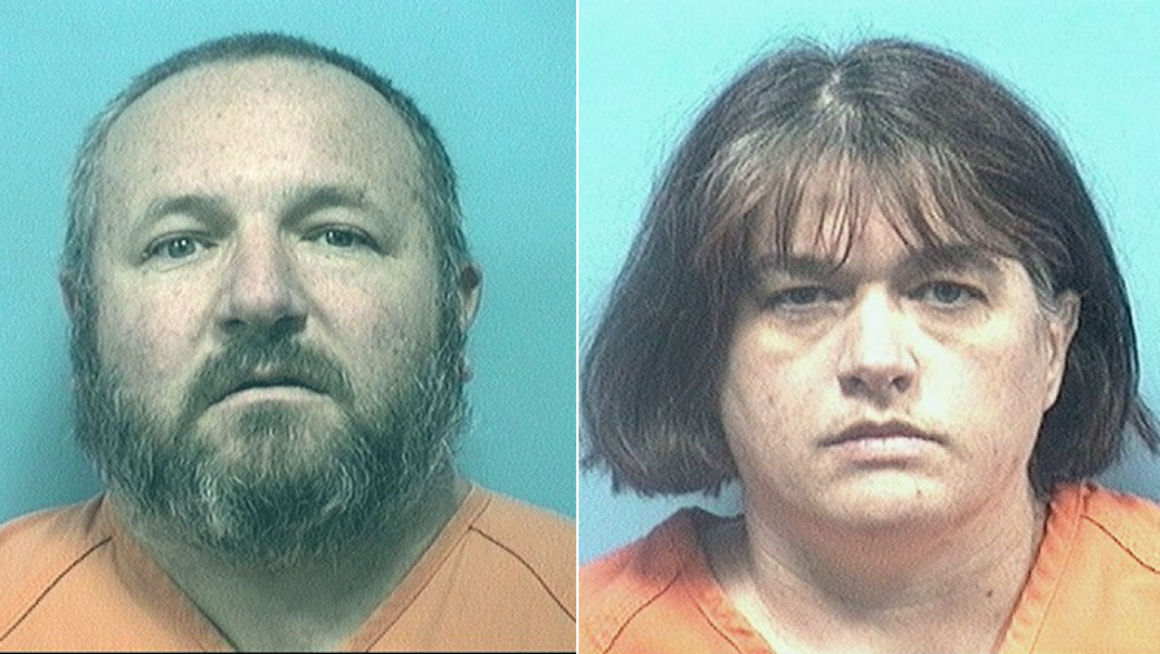 ‘I prayed for Jesus to end it all’: Boy starved, tortured was near-death and nonverbal when rescued from basement confinement while rest of family lived normal life upstairs [VIDEO]

Ethan Kelly was 14 years old and weighed only 55 pounds when he was rescued. He had been locked in squalid room for 23 hours a day, while his adoptive parents pampered the family dog, even giving the pet a birthday party

A teenager who was kept in a locked basement for 23 hours a day, barely surviving years of criminal neglect, has confronted his abusive adoptive parents in court.

As AL.com reports, Ethan Kelly was 14 years old in November 2016 when he arrived to an Alabama hospital near-death, weighing only 55 pounds. Ethan was in acute respiratory shock, malnourished, dehydrated, and unable to speak. He had hypothermia and open wounds on his legs, and was suffering from full-body tremors.

Ethan miraculously survived after being placed on a ventilator for a week. Medical staff alarmed by his condition reportedly contacted the Alabama Department of Resources, which then brought Ethan’s case to police.

According to the report, an investigation found that Ethan had been severely neglected and mistreated by his adoptive parents Richard and Cynthia Kelly, who had adopted Ethan and his older brother Eddie Carter in 2007. The couple relinquished custody of Eddie only a year later, claiming they could not manage his behavioral problems. As CrimeOnline previously reported, Eddie Carter has since filed a lawsuit on behalf of his brother, seeking damages for the years of abuse.

Two other youths lived in the home at the time that Ethan was hospitalized: The Kelly’s adopted daughter Tamara and a male by the name of Jacob, who appears to have been over 18 at the time Ethan was removed from the home and placed into foster care. The couple reportedly took Jacob in when he was 17 years old.

While a visit to the Kelly’s home in Helena found the top floor of the split-level house in good condition and signs that Tamara, Jacob and the family dog were well-cared for, police found an entirely different scene on the lower level, where Ethan spent most of his time.

“It all changed when I saw Ethan’s bedroom,” Helena police Det. Sean Boczar reportedly said at the Kelly’s sentencing hearing this week, nearly a year after both adoptive parents pleaded guilty to reduced charges of child abuse.

“I had to second guess myself that someone was actually living in that room.”

According to AL.com, Bozcar testified to seeing only a boxspring in the room — no mattress — along with a fly strip on the wall. The windows were locked or sealed shut, and covered by curtains; and two outer locks on the door, along with an alarm.

The detective reportedly said there were dirt stains on the curtains, and the investigation found that Ethan has been wiping his hands on the curtains as he was not permitted to use any towels in the home. Boxcar also said there was a surveillance camera in the room, but that it didn’t function — the purpose “was to intimidate and have [Ethan] think they were always watching him,” the detective said.

According to the report, multiple witnesses testified that Ethan was forced to stay in the room for roughly 23 hours a day, let out only in the morning for “supervised” trips to the bathroom. Ethan was reportedly considered a “homeschooled” student, but it is not clear from the report if or how he was educated at home.

Richard and Cynthia Kelly reportedly told police that Ethan was destructive, which was why his room was so sparsely furnished. The couple insisted that they fed Ethan up to twice a day, but controlled his food intake, claiming he would “eat too much” if they didn’t.

The detective testified that the defendants also claimed the family dog would bark at Ethan anytime he was elsewhere in the house, which is one reason why he was kept in seclusion. .

AL.com obtained an Instagram photo taken at a birthday party given for the family’s dog, showing the pet next to a table full of presents, treats, and decorations.

According to the report, Ethan had declined to testify against his parents last year, and had even said he did not want them to face a lengthy imprisonment; which is reportedly part of the reason the Kellys were granted what appears to be a rather lenient plea deal. But at the sentencing hearing, Ethan broke his silence, telling the court that he had been banished from the rest of the family since he was 11 years old.

“They told me I was a bad child. They told me no one loved me or would ever love me,” Ethan said, according to the AL.com report.

“This wasn’t the dream. I cried every night and prayed for Jesus to end it all … I’m not who I used to be. I’m not even who I was supposed to be. I lived the story of Cinderella with no happy ending.”

According to the report, Shelby County Circuit Judge William H. Bostick heard seven hours of testimony before delivering the maximum sentence allowed by the terms of the plea bargain: 10 years in prison, but with only two of those years behind bars before the convicted abusers will qualify for supervised release.

“Mr. and Mrs. Kelly, it was in your best interest to enter a plea to this charge because if I had the authority, I would sentence you to a lot more than a 10-year split-two sentence,” Judge Bostick said.

“It would be somewhere in the realm of 20 years to life if I weren’t constrained by the law. But I am.”

Al.com contacted Ethan’s older brother Eddie Carter, who said he had suffered similar treatment before the Kellys gave him up in 2008. Watch the extraordinary interview here: