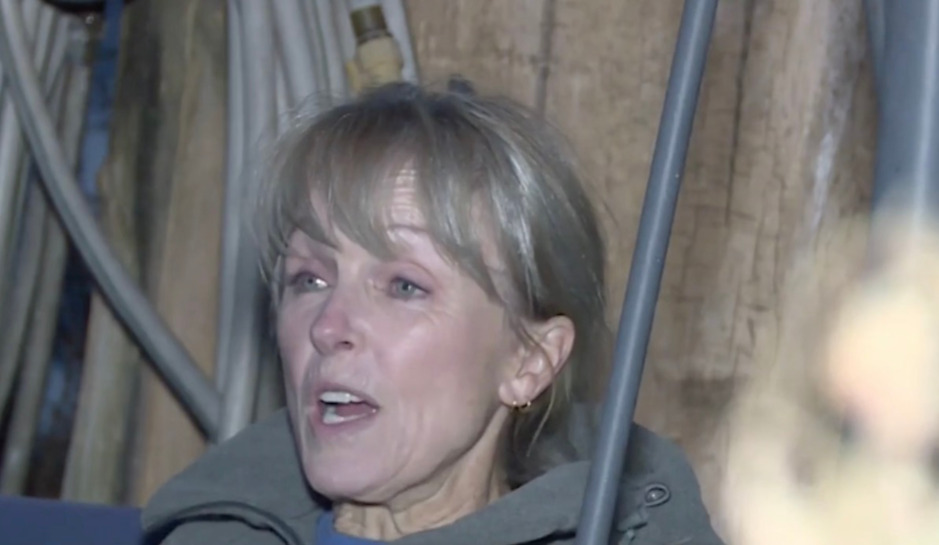 “Last Saturday someone came in, stole more things, and pooped in the garage,” E Laine told Fox 59. “It’s sort of an epithet to say I poop on you.”

E Laine has recently retired from “Good Bones,” which featured her and daughter Mina Starsiak renovating homes in the Indianapolis area. Starsiak is still hosting the show.

The latest pooping burglar escapade came on the same day as the wedding of another daughter, Kelsy Gray.

“It seems very personal and intentional,” E Laine said, noting that the burglar rummaged around in the garage — including in a bathroom, “so they know we have a bathroom. That’s what makes it feel personal because it’s not, ‘Oh, I need to go to the bathroom.’ It’s ‘I’m going to leave my feces behind for you to clean up.’”

The first time the poopster got in, they stole E Laine’s husband’s bike and defecated in a bucket in the garage. This time, they came in while the family was sleeping, entering through a back gate and then into the garage. The burglar made off with E Laine’s purse and has used her credit cards in a few locations in the area, Indianapolis police told Fox 59.

“Probably not the house you want to burglarize because I was immediately on the case!” said E Laine, who is a former prosecutor. “I found out where my credit cards were used, I got it to law enforcement. I said you need a warrant today to get an address on this. [The investigator] was able to recover video, so we may have people on video.”

E Laine told the news station they’ve sent the feces off for DNA analysis, and police say they’re still on the case.