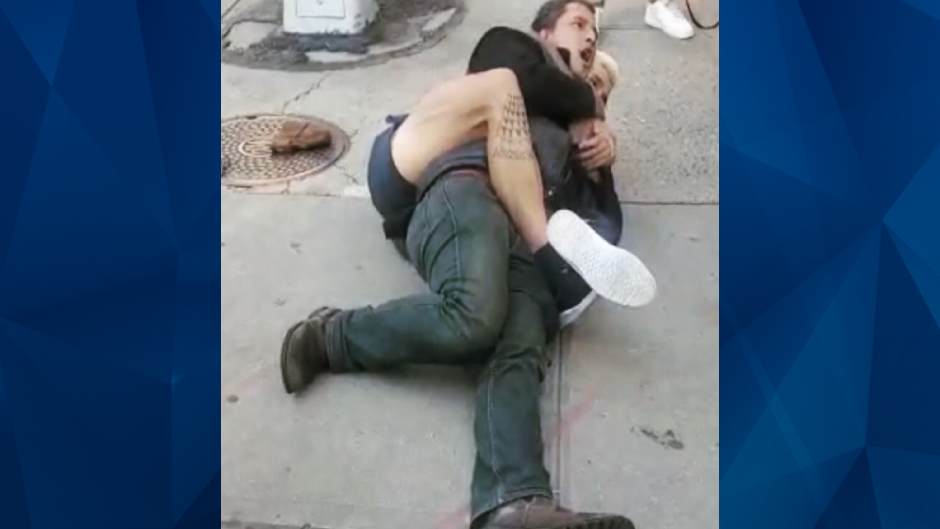 A bystander reportedly stopped a suspect from taking a baby from a woman’s stroller at a New York park last week.

WPIX reported that Brian Kemsley, 33, was walking with his girlfriend when he overheard a commotion at Madison Square Park. He reportedly then spotted an unknown man trying to snatch a stroller from a woman as she held another toddler.

Cellphone footage appears to show Kemsley — a Muay Thai coach— keeping the man on the ground by wrapping his arms and legs around him.

According to the New York Post, the NYPD responded to the park last Monday to deal with an emotionally-disturbed person who eventually underwent a psychological evaluation at a hospital.

Kemsley said he realized the man was mentally ill when, at one point, he appeared to believe he was talking to President Barack Obama in the Oval Office.

“The man is saying things like, ‘How do you know this isn’t my baby? Why are you helping her? This could be my baby, you don’t know that,’” he recalled to the New York Daily News.

According to WPIX, officers arrived at the scene roughly 15 minutes after Kemsley intervened. No injuries were reported.