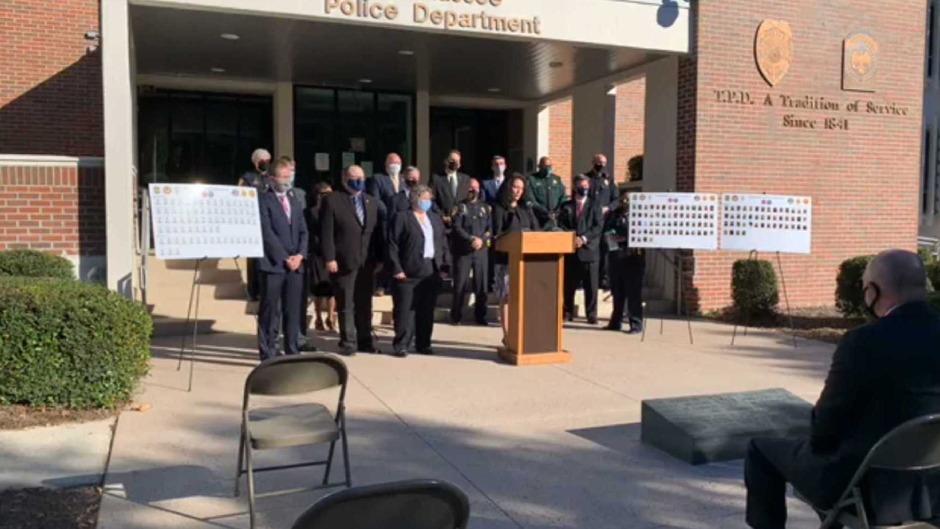 Authorities in Florida announced Tuesday that they arrested more than 170 suspects during a two-year investigation into the human trafficking of an underage girl.

Tallahassee police said in a statement that they established Operation Stolen Innocence in November 2018, after officers discovered explicit images of a child on a sex-for-pay website. Investigators with the Special Victims Unit reportedly created the operation to rescue that child and ensure her safety.

Police Chief Lawrence Revell said the victim involved in the initial probe was 13 when she was first trafficked, according to the Tallahassee Democrat.

During the November 2018 investigation, detectives reportedly obtained a trove of digital evidence that took months to review. That information reportedly resulted in 72 suspects being charged with misdemeanors, including possession of child pornography.

At least 106 suspects were charged with felonies, including human trafficking, lewd and lascivious battery on a child under 16, and production and possession of child pornography; and 18 suspects are facing federal charges.

The Democrat reported that the victim cooperated with police during the two-year investigation.

“It is difficult to comprehend the depravity of these criminals who prey on the most innocent in our society,” Kevin Sibley, Homeland Security Investigations (HSI) Tampa Acting Special Agent in Charge, said in the statement.

“Thanks to the collective efforts of the Tallahassee Police Department and HSI special agents, our local communities are significantly safer today as a result of this investigation.”