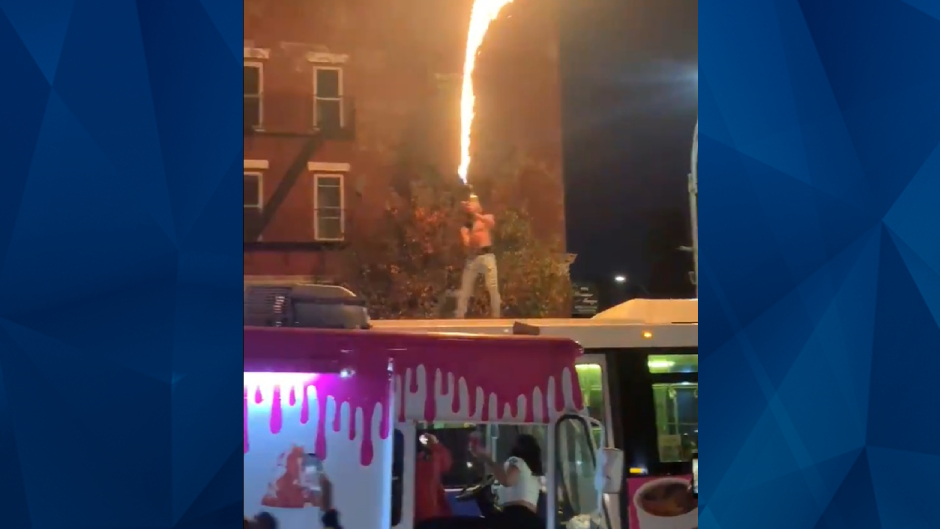 SEE IT: Rapper fires flamethrower on top of bus full of passengers [Reports]

Police in New York are investigating after a man reportedly climbed atop a packed bus and shot a flamethrower.

At least two videos posted to social media apparently show the November 8 incident which unfolded in New York City. Rapper Dupree G.O.D is believed to have devised the publicity stunt as a dedication to the Wu-Tang Clan, according to the New York Post.

The New York Daily News reported that the video posted to Instagram shows the shirtless rapper jumping from the top of an ice cream truck onto an MTA bus in Bedford-Stuyvesant. He then shoots the handheld flamethrower into the air before aiming it towards the ground and firing.

The 57-second video ends with the man jumping off the bus and onto the ground near a trail of flames.

The Daily News reported that 25 passengers were aboard the MTA bus involved in last Monday’s ordeal. MTA officials said the bus driver evacuated the bus and the passengers were taken to another bus located at the next stop.

The NYPD confirmed to the news outlet that they are investigating the incident. It is not immediately clear whether the man will face any criminal charges.