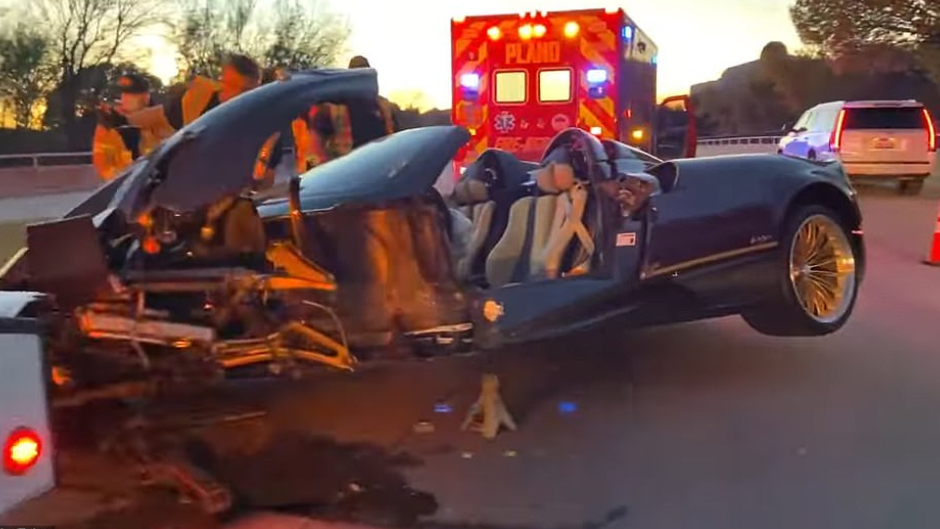 The Daily Mail reported that Gage Gillean, 17, drove the $3.4 million Pagani Huayra Roadster into a tree. The teen suffered minor injuries in the crash, which occurred in Dallas.

“S**t happens. Thanking God for a second chance at life. Crash could’ve left us with worse injuries or even death,” Gillean wrote in an Instagram story, according to the Mail.

The teen is reportedly the son of Tim Gillean, the founder of private equity firm Cross Equities. The father and son’s social media accounts show them with multiple sports cars.

Gage Gilean said a video about the ordeal would be posted to his YouTube channel, GG Exotics, which has 84,000 followers.  However, the video appears to have been taken down as of Thursday.

In the since-deleted video, the teen reportedly recalls losing control of the car before hitting a curb and crashing into a tree.  He said his father is “obviously upset” about the damage to his multimillion-dollar car.

“But I couldn’t really control anything,” he says, according to the Mail. “A car is replaceable, I’m not replaceable.”