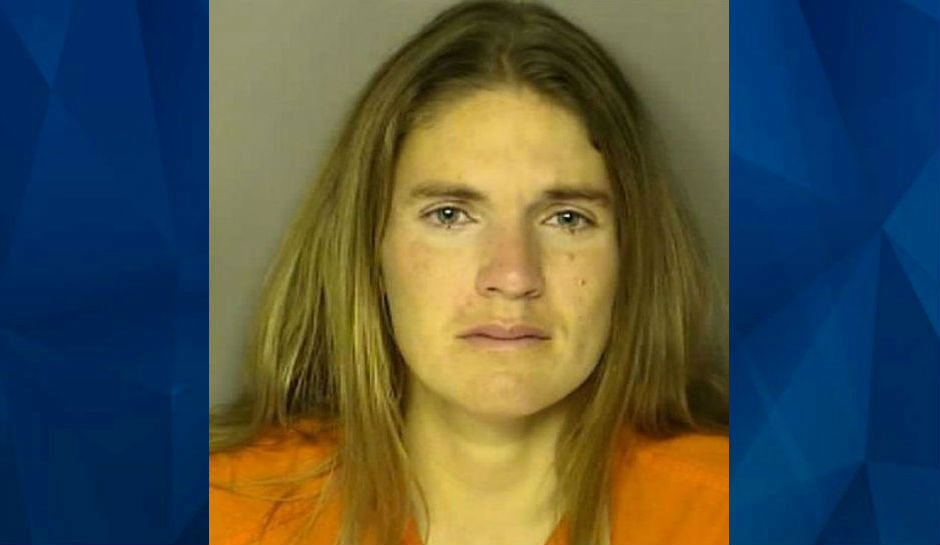 Woman accused of murdering her children’s father locked kids in their bedrooms, forced to use ‘whatever containers were available’ to urinate: Report

A South Carolina woman charged with murdering her children’s father is now accused of child neglect after she went to great lengths to allegedly lock several of those kids inside their rooms, WMBF-TV reports.

Authorities say 35-year-old Meagan Marie Jackson forced three children to stay in their bedrooms and prevented them from leaving by locking the doors and windows.

“The rooms were secured with an electronic lock that had the batteries removed,” a warrant obtained by the television station states. “There was not a doorknob on the inside of the room and the lock required a key code to unlock, which the children did not know.”

The bedroom windows also had padlocks on them, and Jackson allegedly prevented the windows from being able to open.

It is not clear precisely how long the children were forced to remain in the rooms, but some of the children urinated in the rooms using “whatever containers were available,” according to the television station, citing the warrant.

Jackson, who faces four counts of unlawful neglect of a child, made a court appearance Friday and was issued a $5,000 surety bond.

She is also facing murder and criminal conspiracy charges in connection with the death of 46-year-old Gregory Rice, who was the father of her children, including those kids who were locked in their rooms.

Social workers have since taken custody of the children.

Jackson remains behind bars inside the J. Reuben Long Detention Center. An apparent accomplice in the murder case has also been charged.

Rice was reported missing on Oct. 5 and his body was found Nov. 8 along a river, according to the Post and Courier.

Jackson’s mother was supposed to cosign for a home for Jackson, but that hadn’t happened before her death.

“My sister, her demeanor kind of changed,” Harju told the newspaper.

Jackson was the original executor on her mother’s estate and was later removed for not meeting procedural deadlines. She also was using her dead mother’s credit card.

“She was even charging things to live an elaborate lifestyle on her mother’s Discover card when her mother had been dead for four or five months and I finally said, ‘Is your mother charging things from the grave?’” estate attorney John Banner told the newspaper.

“It got to the point that I just wrote her a letter that I’m going to withdraw from representation.”

“The kids loved him,” Harju told the Post and Courier. “All I know is he (Greg) was trying to look after the protection of the inheritance from my parents to the kids which hasn’t yet gone through the court system.”