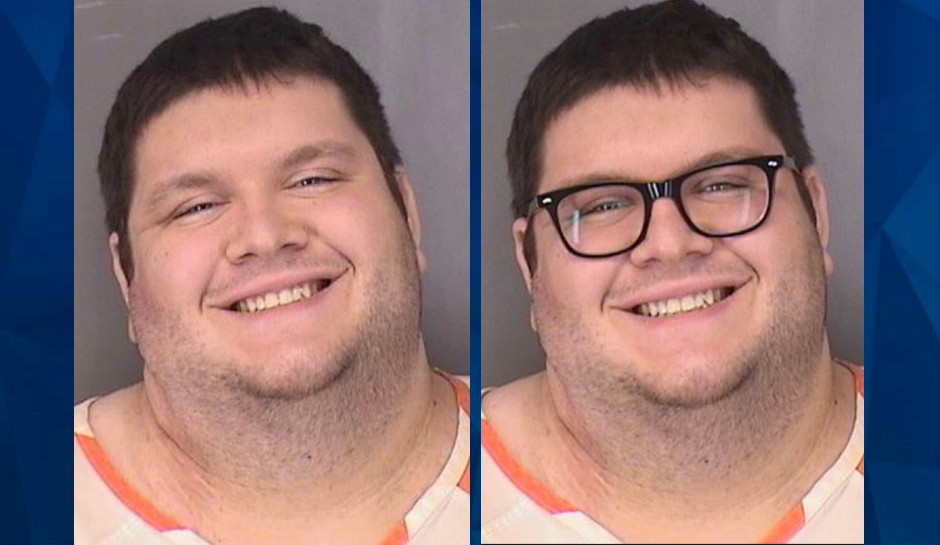 Two people are dead and two more hospitalized with gunshot wounds after a 23-year-old man opened fire at a Sonic Drive-in in Bellevue, Nebraska, Saturday night.

Roberto Carlos Silva of Omaha has been charged with two counts of first degree murder and one count first degree arson, the latter charge for a fire in a U-Haul truck in the fast food restaurant parking lot, the Bellevue Police Department said.

Silva had been arrested and released on bond on Wednesday for identity theft after he allegedly charged nearly $60 in food at the same Sonic on another person’s Sonic app.

Bellevue police were called to the scene in the southern Omaha suburb shortly before 9:30 p.m. and told there may be a bomb inside a moving truck in the parking lot, according to the Omaha World-Herald. The incident was reported as a shooting shortly afterward. Bellevue Police Lt. Andy Jashinske said Silva was taken into custody without incident within minutes of officer’s arrival.

All four victims were found in the parking lot. Two were pronounced dead at the scene, and two were transported to the University of Nebraska Medical Center. Their identities will be released when notifications are complete, Jashinske said.

Jashinske said investigators were working to determine what was inside the moving truck and caused the fire. The Omaha Police Bomb Squad was on the scene early Sunday, he said, because of some type of “device.”

Silva was arrested on Wednesday after a 41-year-old man called the Sonic and said someone was fraudulently using his app to buy food on four occasions Wednesday night. According to an affidavit, store employees said that a person named “Mike” had used the app, and they identified the car “Mike” was driving, the World-Herald reported.

When Bellevue officers arrived on scene, they saw a Toyota Camry leaving the parking lot with the same license plate as that identified by store employees. They stopped the vehicle, driven by Silva, and he said he had bought food using the app. Officers asked to see the app and noticed that the name on the app was that of the man who had reported the fraudulent activity. Silva was arrested and released on Thursday after posting bond.

Police have not provided any further details about either incident.