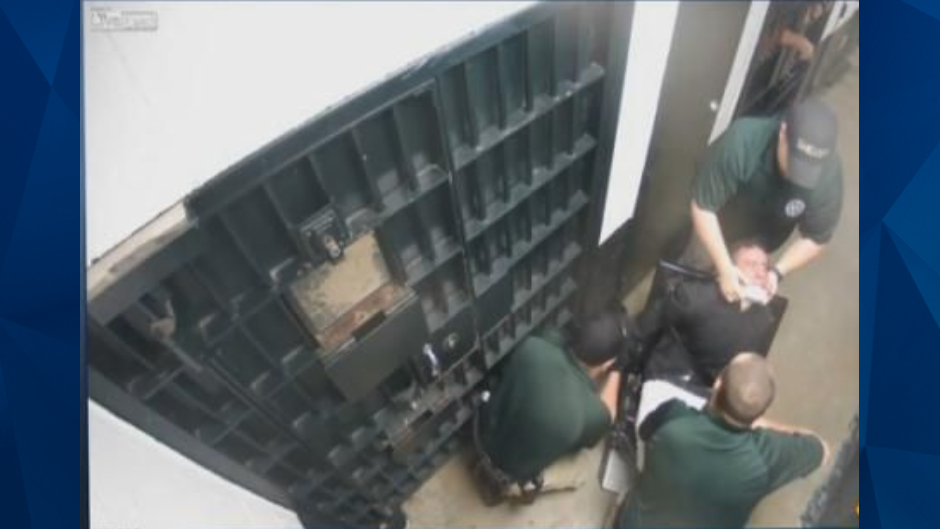 Last week, a former corrections officer in Tennessee was sentenced to five years in prison for repeatedly using his stun gun on an inmate who was strapped in a restraint chair.

The U.S. Attorney’s Office for the Middle District of Tennessee said in a statement that evidence presented at trial showed Mark Bryant, 42, using his Taser on the restrained inmate four times for a total of 50 seconds.

“Bryant returned two hours later and tased the detainee again, this time while the detainee was handcuffed, shackled, and compliant. As a result of Bryant’s unjustified uses of force, the detainee suffered bodily injury, including burns that an officer on the scene described as making the detainee’s skin look like ‘raw hamburger meat’,” federal prosecutors said.

After repeatedly tasing Norris, Bryant ordered his co-workers not to report his use of force on the detainee. He also taunted the victim during the torture.

Bryant, formerly a supervisory corrections officer in Cheatham County, was convicted in January of  using excessive force while acting under the color of law.

WTVF identified the victim in the November 2016 incident as Jordan Norris, 18. Norris died of an apparent drug overdose in March 2018, and relatives said he was never the same following the traumatic ordeal.

***WARNING: The following video may be disturbing to some viewers. Please use discretion.***

“It was listed in there [autopsy] that he had damage to the right ventricle of his heart. We’re talking about a young, healthy 18-year-old when these tasings happened,” Norris’ stepfather, Tony Chapman, told WSMV in June 2018.

“Absolutely no doubt in my mind that this tasing incident damaged his heart from what was listed in the autopsy report.”

Norris sued Cheatham County in 2017, alleging he suffered 40 Taser burns during the ordeal. The civil lawsuit was privately settled out of court.

Bryant’s initial federal trial ended in a hung jury. Though his second trial resulted in him being convicted of using excessive force, he was acquitted of obstruction of justice and lying to the FBI.

The Tennessean reported that Ola told another officer to tase Norris on his calf so his leg would bend and they could get him in a vehicle to transport him to the hospital. Ola later denied witnessing Norris being tased.

WTVF reported that Ola’s sentencing is scheduled for next month.