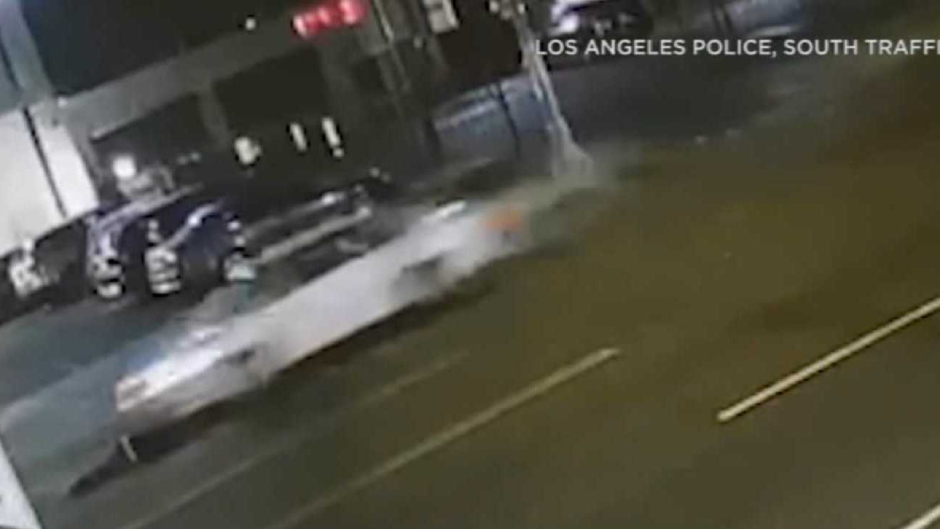 Authorities in California are looking for three drivers who they say fatally struck a pedestrian on Sunday night.

The video shows Fuentes crossing Central Avenue at 78th Street when a motorbike hits him. Two additional vehicles are then seen running over Fuentes as he lies in the street.

Police said none of the three drivers stopped to help Fuentes. Cameras also filmed the driver of the motorcycle stopping down the road from the accident before getting back on his bike and leaving, according to ABC News.

While three drivers were reportedly involved in Sunday’s incident, police have only said they are looking for the drivers of a white sedan and dark-colored sports bike. Descriptions for the three drivers remain undisclosed.

Anyone with information regarding Sunday’s incident is asked to contact Los Angeles police’s South Traffic division.