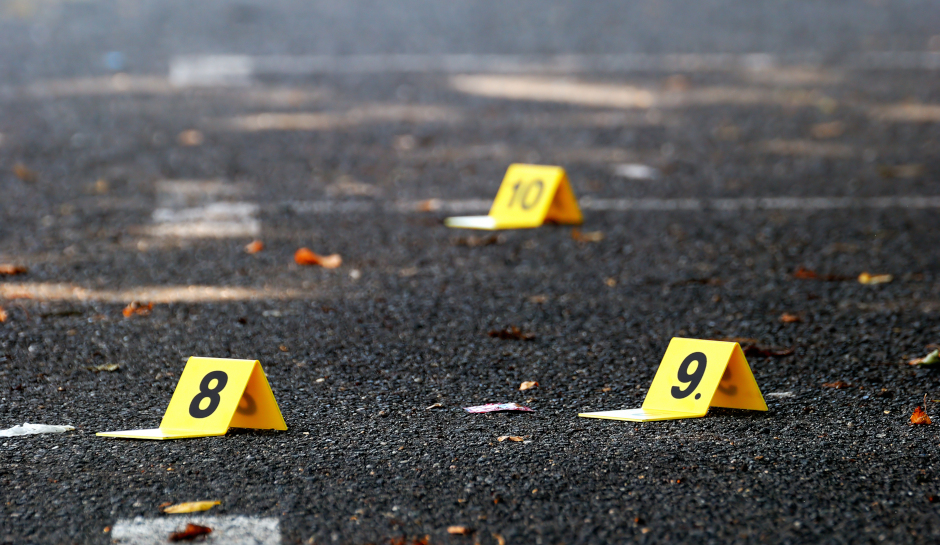 Five people were shot, one fatally, in Henderson, Nevada, overnight by a young couple who appeared to be driving around the city randomly shooting at people, the Henderson Police Department said.

The suspects — described as a white man with a beard in his 20s or 30s and a white woman in her 20s, both with paint or tattoos on their faces — were apparently arrested on unrelated charges in Arizona.

The four people who were wounded — a 23-year-old woman, an 18-year-old male, a 53-year-old man, and a 41-year-old man — were taken to area hospitals with non-life-threatening injuries.

Henderson police responded to a call just before 1 a.m. regarding a shooting at a convenience store and simultaneously “received several additional calls for service from different victims alleging that they had been shot at.”

Police said the suspects were later arrested by the Arizona Department of Public Safety and referred questions to that department. The Las Vegas Review-Journal said the suspects may have been involved in a string of shootings near Parker, Arizona, a few hours after the Henderson shootings.

“There was a series of shootings in the Parker and Bouse areas today,” the La Paz County Sheriff’s Department said in a Facebook post. “The suspects were finally caught just east of  Bouse and taken into custody. We do not believe that there is any further threat or any more suspects in the area.  Multiple scenes are being investigated at this time and we will put out a press release when all the information is gathered. “  

According to the Parker Pioneer, three suspects were arrested when they rolled the vehicle they were traveling in, and all three were injured in the crash. Shots were fired, but no one was hit.

La Paz County Sheriff William Risen told the Review-Journal that one of the suspects was airlifted to a hospital.

“They are handling multiple shooting scenes,” Risen said of authorities in Arizona.

Risen told the Pioneer that the shootings began at about 9 a.m. on State Route 95 and continued down the highway. Deputies pursued the suspects, but Department of Public Safety troopers made the arrests after the crash on State Route 72.

Names of the victims and suspects have not been released.